The Strike of Ahvaz Steel Workers Enters Its Second Week 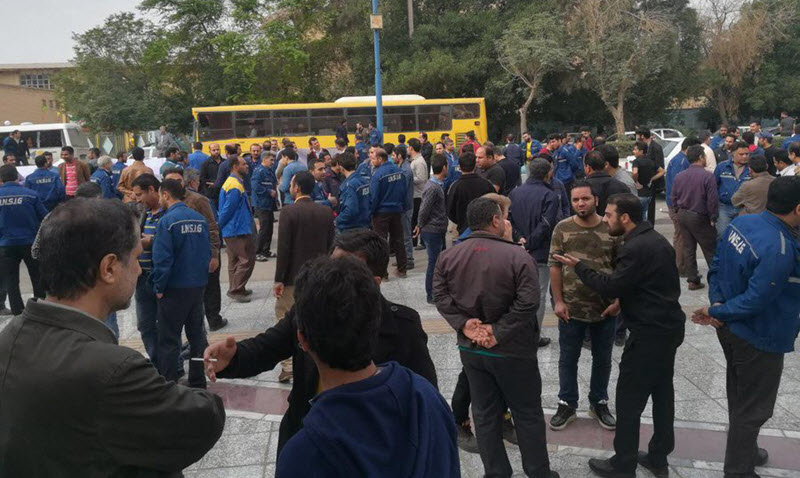 The workers of the Ahvaz Steel National Group on Monday February 26 continued their strike for the seventh consecutive day. Those who gathered in front of the governorate in the past three days chanted: “I don’t go from here, until I get my right”; “Workers die, they do not accept abjection”; “No nation has seen this much injustice”; “One less embezzlement, our problem is solved”; “Today is the day of mourning, the poor national group is the victim”. They then marched and blocked the street.

The national steel industry group of Iran, with 54 years of experience, has been a major manufacturer of craft products with a capacity of more than 3,000 specialist labor force. The production of this economic pole of the country has fallen to 10% as a result of the devastating policies of the mullahs regime and the plundering of its assets by the Revolutionary Guards, and workers have been deprived of their low wages and are forced to strike every few months to get their wages. Earlier this February, they protested against the non-payment of their three months’ salary and benefits, and the failure to fulfill the employer’s false promises.

On Monday, workers from Sadr Khorramabad Steel Company who have not been paid for ten months protested for the third day. Like most other industries in the country, the factory is in a state of disaster, and 180 workers have not received their salaries and benefits for months.

Khorasan Steel Workers and Contractors, Petro Industry, who have not been paid any salary or benefit for 13 months, also went on strike.

The Iranian Resistance salutes the noble and hard working steel workers in Ahvaz, Orumiyeh, Khorramabad and Khuzestan Steel and calls on the public, especially workers throughout the country, to unite and express solidarity with them, to stand against the clerical regime, and calls on all labor unions and syndicates to condemn oppression and suppression of the religious fascism ruling Iran against the workers.

Secretariat of the National Council of Resistance of Iran
February 26, 2018