Ahwaz: Projection of Image of Maryam Rajavi and the Slogan “The Dictator Can and Must Be Overthrown” 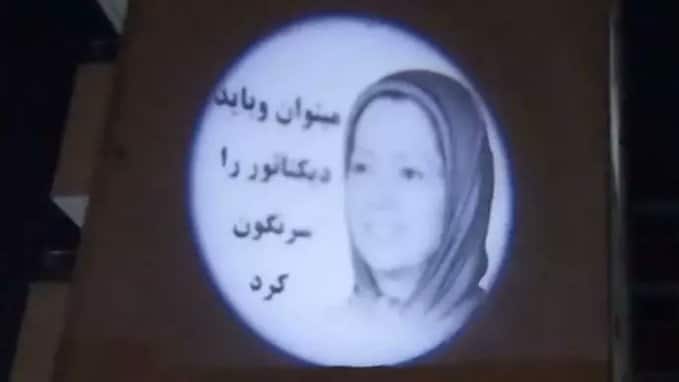 As part of their anti-repression campaign, the Resistance Units projected a large image of Mrs. Maryam Rajavi, the President-elect of the National Council of Resistance of Iran, along with a slogan reading, “The Dictator Can and Must Be Overthrown,” in Ahwaz’s Farshid boulevard.