Iran: Activities of the Resistance Units, MEK Supporters in the Final Week of December 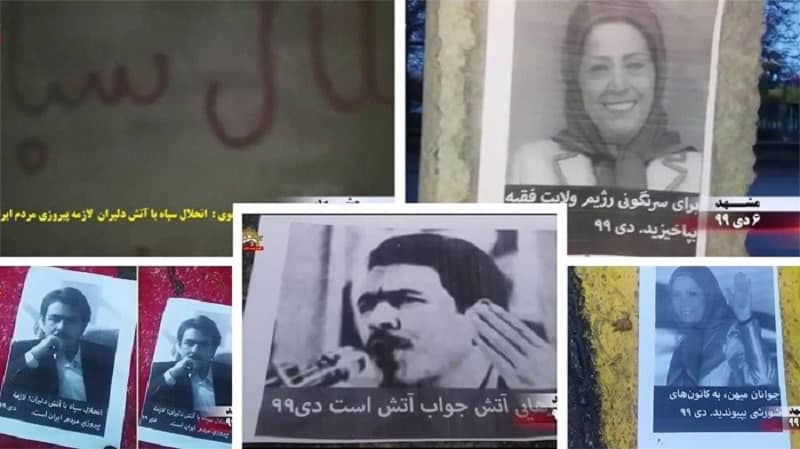 “A call to rise to overthrow the clerical regime.”

During the final week of December, Resistance Units and supporters of the Mujahedin-e Khalq (MEK/PMOI) in various cities in Iran posted leaflets and placards. They also wrote graffiti on walls in crowded areas, conveying the messages and calling the Iranian people to rise for freedom by the Iranian Resistance leadership.

In addition to Tehran, these activities were carried out in Isfahan, Mashhad, Karaj, Babol, Naein, Eslamshahr, and Abadan, while the State Security Force was on alert and the security measures were

Some of the slogans were: Massoud Rajavi: Disbanding the IRGC is imperative to the Iranian people’s victory,” “Down with Khamenei, long live Rajavi,” “Rebellion is indispensable to the war of destiny with the mullahs’ regime,” “Mullahs must get lost for Coronavirus to go away,” “Death to Khamenei, Rouhani, the source of Coronavirus and ruin,” “Massoud Rajavi: The army of the hungry is ready for revolt and uprising,” “Maryam Rajavi: The blood of the martyrs will fan the flame of the Iranian peoples’ uprising,” “Death of the dictator,” “Maryam Rajavi: The ruling mullahs are terrified of your determination for regime change.”

Secretariat of the National Council of Resistance of Iran (NCRI)
January 1, 2021