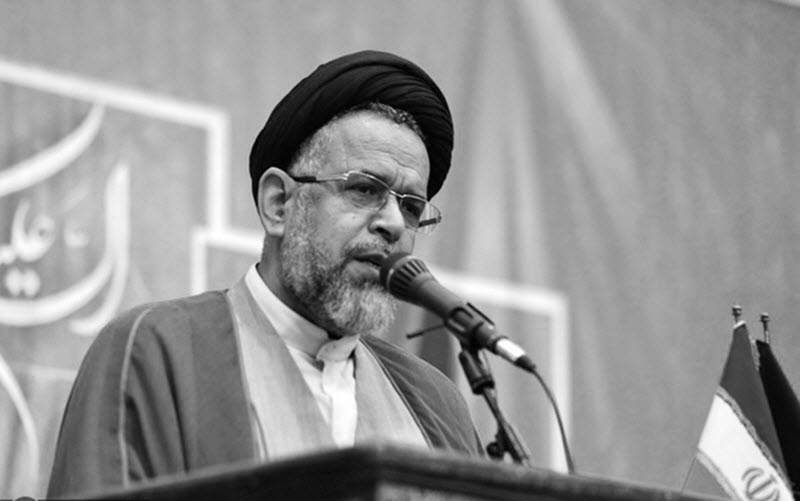 Mrs. Rajavi calls for the release of the arrested and sending an international delegation to meet them

Mullah Mahmoud Alavi, Minister of Intelligence of the religious fascism ruling Iran, appeared in today’s Friday prayer in Tehran and tried to boost the morale of the regime’s depressed forces after the US designation of the Islamic Revolutionary Guard Corps (IRGC) as a Foreign Terrorist Organization (FTO) by saying words such as “Major national security reviews in light of Khamenei’s breakthrough guidelines.”

In his belated projection of power, he said: “Over the past year, 116 teams related to the PMOI have been dealt with”. The mullahs’ Gestapo Minister ridiculously referred to his ministry’s achievements as “intelligence epic” that were carried out by Khamenei’s “tailoring” that their details must be made available to the public through “national media,” which refers to the mullahs’ Radio and TV. In every protest and gathering people chant: “Our shame, our shame, our Radio and TV!”

Last year’s arrests in Iranian calendar (March 21, 2018 to March 20, 2019), are far more than what the mullahs’ chief of Mafia and assassinations officially admits. He intentionally did not mention arrests made by other suppressive organs such as IRC Intelligence Organization, IRGC Intelligence Protection Organization, State Security Forces (SSF) and the Prosecutor’s Office.

Mrs. Maryam Rajavi, President-elect of the Iranian Resistance, emphasizing that the detainees are subject to torture and execution, called for immediate action by the Secretary-General of the United Nations, the High Commissioner and the Human Rights Council of the United Nations and the international human rights organizations to release them and to form delegations to visit the regime’s prisons and meet with these prisoners.

The clerical regime must publish the names of all the arrested and respect all their rights in accordance with the international conventions it has adopted. Torture and mistreatment are a routine method against political prisoners. During the uprising of January 2018, at least 14 prisoners were killed under torture.

Secretariat of the National Council of Resistance of Iran
April 19, 2019