NCRINational Council of Resistance of Iran
EN FR DE IT AR ES AL
HomeStatementsIran: Renewing The Invitation To Khamenei, Raisi, And Other Leaders Of The...
StatementsStatements: Iran ResistanceStatements: Human Rights

Iran: Renewing The Invitation To Khamenei, Raisi, And Other Leaders Of The Regime To Participate In An International Tribunal For Genocide And Crimes Against Humanity 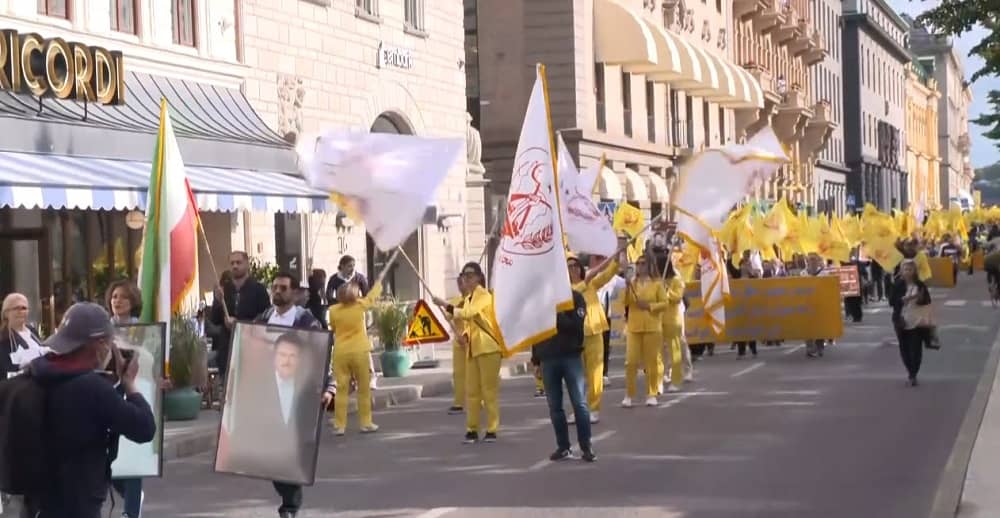 Simultaneous with the demonstration of Iranians in Sweden and the call by Mrs. Maryam Rajavi, the President-elect of the National Council of Resistance of Iran (NCRI), to put the regime’s leaders, especially Ali Khamenei and Ebrahim Raisi and the Judiciary Chief Gholam-Hossein Mohseni-Eje’i, on trial for genocide and crimes against humanity, the clerical regime and its spokesmen once again called for the prosecution of the Mujahedin-e Khalq (MEK/PMOI) for the death of “more than 17,000” of their mercenaries.

As it has repeatedly stated, the Iranian Resistance welcomes and again invites the regime leaders to an international tribunal in this regard. That invitation, originally made in 2007 when the regime filed a complaint about the firing of mortars at Khamenei’s headquarters and the cases of IRGC Maj, Gen. Ali Sayad Shirazi, Deputy Chief of Staff of the Iranian regime’s Armed Forces, infamously known as the butcher of Kurdistan, and Assadollah Lajevardi, the butcher of Evin Prison.

The Iranian Resistance also stressed in March 2021, “We very much welcome attending an international tribunal with the participation of Khamenei, Rouhani, Javad Zarif and Ebrahim Raisi at The Hague or in Geneva. The regime can also bring all its plaintiffs. Of course, the death sentence for the MEK (members and supporters) who were steadfast in their support for the organization has already been issued by Khomeini. So if the regime has nothing to hide, it must immediately agree to the participation of Khamenei, Rouhani, and its Judiciary chief in the International Criminal Court at The Hague or in an international tribunal in Geneva or in any other international tribunal under UN auspices.”

Earlier, Mr. Massoud Rajavi, leader of the Iranian Resistance, had also stated in February 2009, “Whenever an impartial international tribunal operates based on recognized legal and judicial principles and standards, we say to the clerical regime: Please let’s go to court…We are also ready to join such a court to examine any claims against us. I am also personally ready, and I call on the clerical regime’s Supreme Leader that if he dares to appear in an international court, to accept and attend it with my presence immediately.”

Previous articleIran: The Mullahs’ Regime Is The Source Of Rumors, Lies, And Slander Against The Iranian Resistance
Next articleMEK Supporters Protest in Sweden: End Regime’s Impunity over Iran’s 1988 Massacre