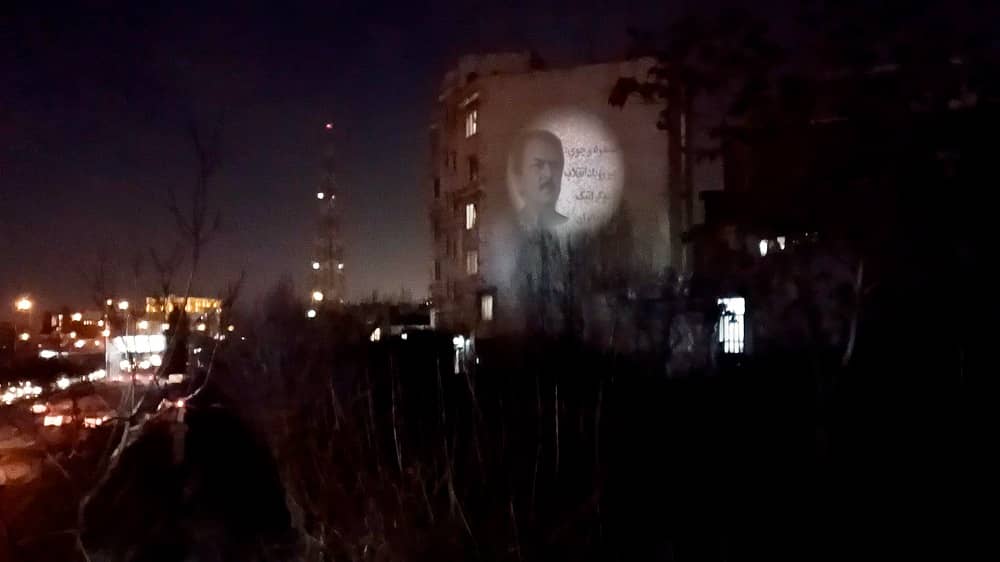 Resistance Units projected the image of the Iranian Resistance Leader, Mr. Massoud Rajavi, along with the slogan “Long live democratic revolution in Iran” on the side of a tall building during the evening in Tehranpars neighborhood on Saturday 7, 2023.