Maryam Rajavi: This is a litmus test of whether the international community will engage and deal with this genocidal regime or stand with the Iranian people.

The third day of the Free Iran World Summit  2021, the Democratic Alternative of the March to Victory, was focused on the Iranian people’s call for justice for the victims of the 1988 massacre of more than 30,000 political prisoners, 90% of whom were members and supporters of the Mujahedin-e Khalq (MEK/PMOI). 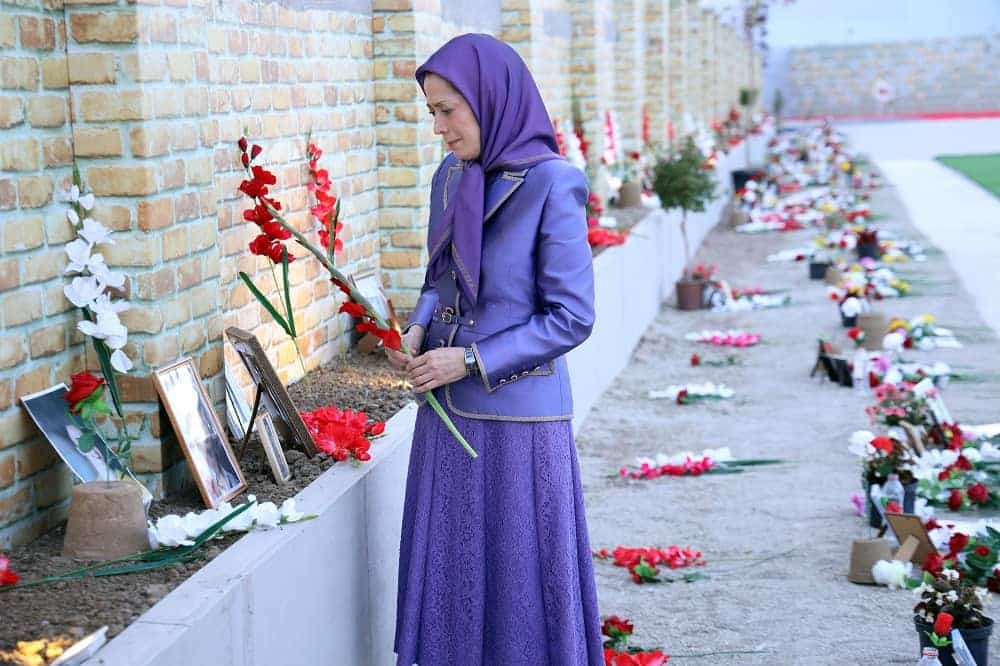 In her address, Mrs. Maryam Rajavi, the President-elect of the National Council of Resistance of Iran (NCRI), referring to the reasons for Khamenei installing Ebrahim Raisi, the murderer of the MEK and the henchman of the 1988 massacre, said that in political terms, his ascension dashed the myth of moderation within the regime. It marked the failure of Western governments’ policy of complacency toward religious fascism. Now, they have handed over the executive branch to a mass murderer, the judiciary to a professional executioner, and the legislative branch to a club wielder who has openly declared: “I am one of the club wielders, and I am proud to have wielded the stick against Massoud Rajavi (the Leader of the Iranian Resistance) since 1979.” Truly, he is the embodiment of obscenity and wickedness. Indeed, if the religious dictatorship was not on the verge of demise, why would it need to put the squad of cannibals at the helm? 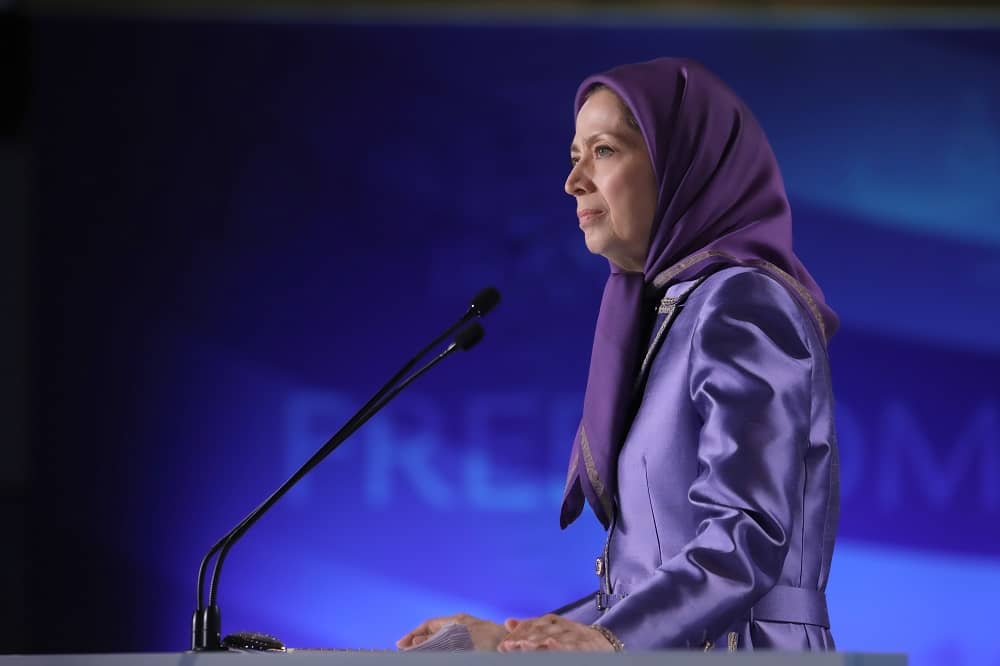 Emphasizing that more than 90% of the Iranian people boycotted the election masquerade, Mrs. Rajavi said that even statistics full of fraud by the regime acknowledge that 80% of the people in Tehran, 70% in Shiraz, and 58% in the whole country boycotted the sham election. The City Council elections were even more disastrous. In some cities, void ballots came in first. The voter turnout in Tabriz was only 1.5%. Yes, this regime represents only 1.5 percent of the population. The whole story is that the objective conditions for the regime’s overthrow are in place. As far as the Iranian people are concerned, they are, as always, redoubling their resolve to overthrow the religious dictatorship in the face of the regime’s new repressive and aggressive posture.

Mrs. Rajavi added: As far as the international community is concerned, this is the litmus test of whether it will engage and deal with this genocidal regime or stand with the Iranian people. The United Nations must not allow Raisi to attend the next session of the General Assembly. Raisi is a criminal guilty of genocide and crimes against humanity in 1988. He is guilty because, as one of the regime’s highest Judiciary officials during the last 40 years, he played a key role in the execution and murder of the Iranian people’s children. He is guilty because he is one of the leaders of a regime that killed 1,500 youths during the November 2019 uprising, which researchers say is three times higher. As Amnesty International’s Secretary-General said, “That Ebrahim Raisi has risen to the presidency instead of being investigated for the crimes against humanity of murder, enforced disappearance, and torture is a grim reminder that impunity reigns supreme in Iran.”

Before addressing the Summit, Mrs. Rajavi visited the Khavaran Memorial, which was built in Ashraf 3, Albania, to honor the memory of the 30,000 martyred political prisoners during the summer of 1988 massacre, and paid tribute to those martyrs. These martyrs were executed based on Khomeini’s fatwa and by Raisi and other ruling criminals because they refused to repent and remained steadfast in their beliefs and commitment to freedom. Many of them were buried in mass graves in Khavaran Cemetery (southeast Tehran). On behalf of the Iranian Resistance, Mrs. Rajavi vowed that the Iranian Resistance would continue its resistance until it succeeds in taking back Iran from the grip of the murderous ruling regime.