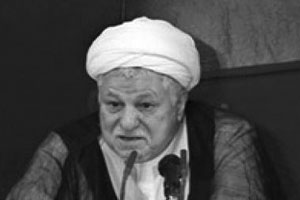 In the beginning we were looking to have such a capability [to acquire nuclear bomb]
Khamenei and Rafsanjani personally wanted to meet Abdul Qadeer Khan
Quarter of a century later, Rafsanjani confirms Iranian Resistance’s disclosures of regime’s nuclear project
IAEA is unable to determine PMD without interviewing Rafsanjani and Khamenei

Previous articleMaryam Rajavi: Freedom in Iran is solution to crisis and instability in Middle East
Next articleIran: Chants of “Death to the dictator” and “Death to the principle of velayat-e faqih” by political prisoners at Gohardasht Prison