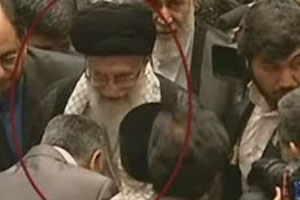 The commanders from the Badr Organisation in Iraq, a group which was created in Iran in 1982 by the Iranian regime’s Revolutionary Guards Corp (IRGC) has been running secret prisons and is involved in torture and assassinations, according to reports by U.S. government investigations which have never been made public.

The crimes carried out by the Badr Organization, headed by Hadi al-Ameri (al-Amiri), have been consistently overlooked by the United States, Reuters, which has reviewed two unpublished investigations as well as other U.S. documents from the past decade, reported.

“The decade-old U.S. investigation of the secret prison implicates officials and political groups in a wave of sectarian killings that helped ignite a civil war. It also draws worrying parallels to the U.S. government’s muted response today to alleged abuses committed in the name of fighting Islamic State,” Reuters investigative report said.

Those accused of running the secret prison in a police building in Baghdad holding 168 prisoners in horrific conditions or of helping cover up its existence “include the current head of the Iraqi judiciary, Midhat Mahmoud, Transport Minister, Bayan Jabr, and a long revered Badr commander popularly referred to as Engineer Ahmed,” the reports by U.S. government and military said.

Whenever Ameri visits Tehran, he meets Ali Khamenei, the Iranian regime’s Supreme Leader. He expresses full obedience to Khamenei as his subservient.

Both individuals were “protected persons” under the Fourth Geneva Convention.

Witnesses on the scene, local residents and shop owners in the area said the abductors were riding in two Iraqi police vehicles (white & blue color, with two yellow stripes from the roof to the hood). According to the local police precinct, both cars belonged to the Badr Organization and Iraqi Interior Ministry’s Special Forces. The two PMOI members were first taken to a floor at the Interior Ministry.

So far, there is no information available about the fate of those abducted.