Iranian physicians, medical experts and nurses from 19 different locations took part in an internet conference on Sunday, March 8, discussing the start and spread of the novel coronavirus (COVID-19) in Iran.

The medical experts discussed how the Iranian regime’s corrupt policies, its cover-up of the epidemic, and subpar response to the spread of the virus have contributed to the current tragedy in Iran, which has already taken the lives of more than 2,000 people and infected numerous people with COVID-19. 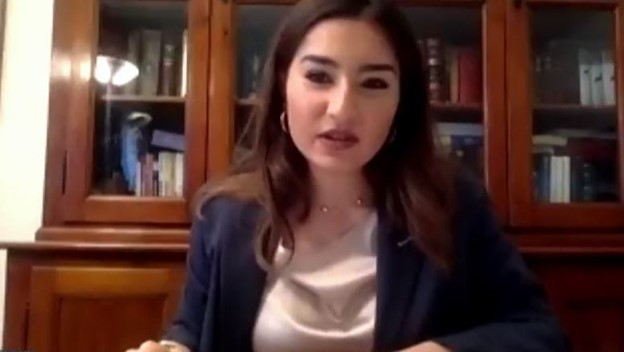 Samira Ardalan, medical student from Italy and moderator of the internet conference – March 8, 2020

“During the 2019 uprisings, Revolutionary Guards (IRGC) forces opened fire on demonstrators and killed over 1,500 people, injured 4,000 and arrested 12,000 others. Shortly after, IRGC targeted the Ukrainian plane. When students and other people called for accountability, the IRGC again resorted to mass arrests, spread lies and prevented the transfer of the plane’s black box to investigators,” said Samira Ardalan, a medical student from Italy and Moderator of the internet conference.

“The new COVID-19 epidemic is taking the lives of many Iranians. The number of those infected has sharply increased. The virus has spread to all provinces. The IRGC continues to cover up the facts. Official figures are not even close to the real numbers. More than 2,000 people have died after contracting the virus,” Ms. Ardalan continued.

“Mahan Air, owned by the IRGC, was responsible for spreading the virus from China to Qom and continuing its flights to and from the country. The coronavirus outbreak proves once again that the Iranian regime neither wants nor can help the people. It is the duty of the international community to intervene and prevent the regime from destroying the lives of the Iranian people.” 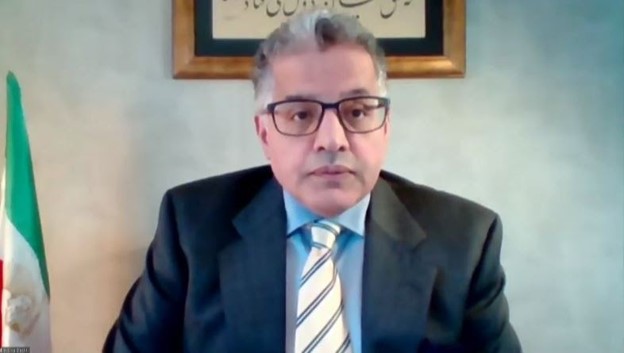 “We Iranians are about to lose many of our friends and families to this epidemic. Iranians are fighting with two enemies. One is COVID-19 and the second is the Irania regime. Transparency is key to fighting epidemics. The regime is preventing news of the epidemic from being broadcasted,” said Dr. Sina Dashti, an infectologist from Sweden.

“The international community has lost trust and confidence in the regime after it cracked down on the November and shooting down the Ukrainian airplane. The cover-up was deliberate and ordered by the highest authorities of the regime,” he continued.

“The number of deaths has exceeded 2,000. Lack of medicine and medical gear is killing healthcare workers. The IRGC is taking advantage of this situation to make a fortune. Ordinary Iranians are helping supply important material to hospitals while the government does not.

“The mullahs’ regime cannot and will not do anything to stop this tragedy. They only want to maintain their hold on power. The only solution is to topple this regime.” 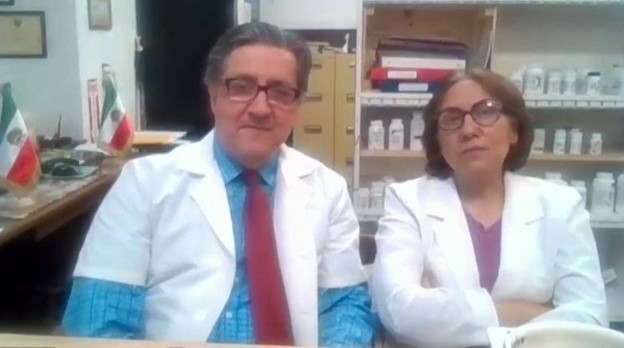 “Many people go to pharmacies to purchase hand sanitizers and face masks. I encourage all my colleagues in Iran to inform the people on how they can protect themselves.

“We ask the World Health Organization to send a group to Iran to investigate the situation. Organizations should send supplies to Iran and give it to the people, doctors and pharmacists, not the government.” 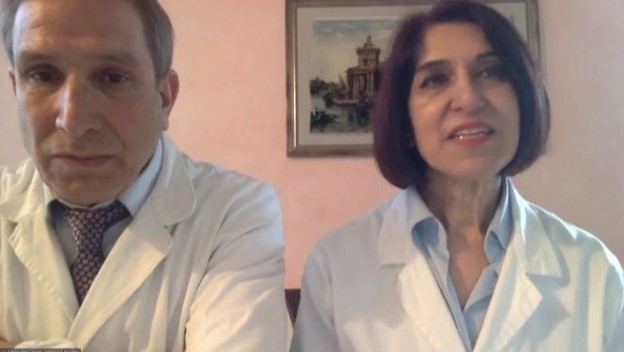 “In Lombardia, we have more than 5,000 cases and more than 200 deaths. Our hospital has established different departments focusing on infected patients. The Italian government has taken measures to inform people on how to deal with the virus if they are infected and how to prevent the spread of the virus,” said Dr. Masoumeh Taheri, a rheumatologist in Italy.

“But the Iranian regime has been handling the situation in an irresponsible way. Quarantine measures were not implemented after the first infection was seen in the city of Qom. No tests were done. Flights to and from China did not stop. They hid information about the coronavirus and did not close public areas such as schools, universities, etc. This lack of transparency is a betrayal of the Iranian people’s trust of the Iranian people.

“[Iranian regime President Hassan] Rouhani and Khamenei are responsible for putting Iranians’ lives at risk. Political prisoners are in danger. I call on the international community to condemn the regime and help save the lives of the people of Iran and political prisoners.” 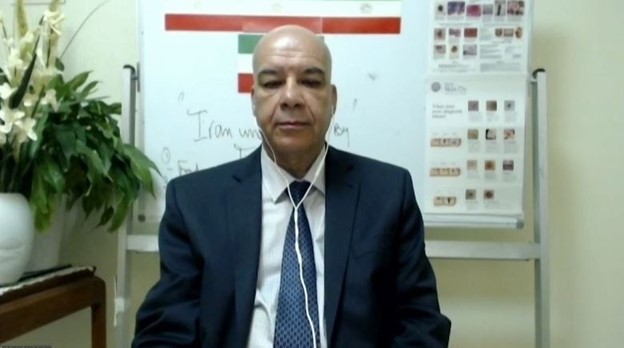 “Our colleagues in Iran are going through a very difficult situation. They are faced with a shortage of medical supplies. The regime has been neglecting the effects of the virus because it has its own agenda. This has been the habit of the regime in the past 40 years,” said Dr. Ali Zahedi, an Iranian physician now in Australia.

“We would like to ask the international community, especially WHO, to take action and bring this catastrophe under control and to hold the Iranian regime accountable for its failure to handle the situation.

“There are 194 deaths and 6,000 infections, according to the Iranian regime’s own statistics. For every diagnosed patient, there are 800 patients who have not been diagnosed. More than half a million people are infected in Iran. The Iranian opposition National Council of Resistance of Iran (NCRI) has managed to obtain the figure of more than 2,000 fatalities. If we take this number into account, more than a million people in Iran are infected.

“The regime’s parliamentarians are calling the situation ‘desperate.’ The regime has abandoned the country. An official admitted that 40 percent of the population will contract the virus. The reason that this is happening is the regime’s failures in the past 40 years. Lack of transparency, cover-ups, parallel to misleading the people, doctors and the int’l community.

“The regime is prioritizing its own agendas, including the pro-regime rallies, the elections, and the nuclear program. The regime’s corruption is impeding any possible response to the situation either inside the country or by international organizations.

“In every normal country, people rally behind their government to fight disasters. Iranians are left abandoned to fight two viruses: COVID-19 and the mullahs’ regime. I would like to commend my colleagues inside Iran who are putting their lives on the line to save the coronavirus patients… Iran is now the number one exporter of coronavirus to the world.” 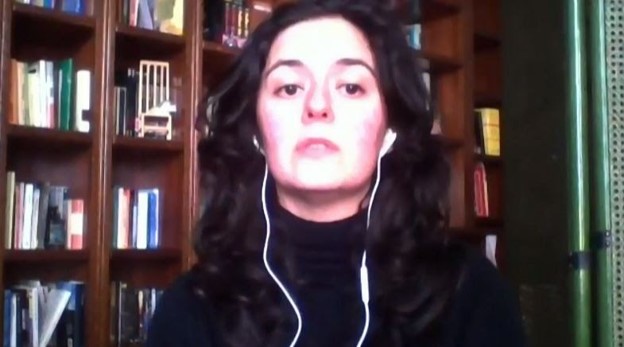 “In my experience, when I started to understand what was going on, the situation was developing in different phases. The virus was first thought to be a typical case of pneumonia. The infection took all countries by surprise. It showed how each nation took measures to ensure public healthcare,” said Dr. Virginia Pishbeen, a microbiologist in Italy.

“As we receive updates from Iran, the virus is becoming even more concerning and the situation is more alarming. It has become a national disaster due to a number of factors, including keeping people uninformed, the criminal cover-up of the situation to bring people to the elections, lack of supplies and medical gear, and the monopoly of the IRGC on Iran’s healthcare apparatus. These factors have contributed to worsening the situation and killing more people.

“Based on our information, the number of fatalities in Iran is in an order of magnitude more than what has been officially declared. The number of people who have contracted the virus is far higher than average and the deaths are higher than 2,000.

“Even China has said that some cases that have tested positive for COVID-19 come from Iran. The Iranian regime’s propaganda are not only putting the population of Iran at risk, but are also turning Iran into an epicenter for transmitting the virus to other countries.

“Where there are no social and political rights, the right to healthcare will also be missing. I express my support for all my colleagues in Iran who are risking their lives to save the coronavirus patients.” 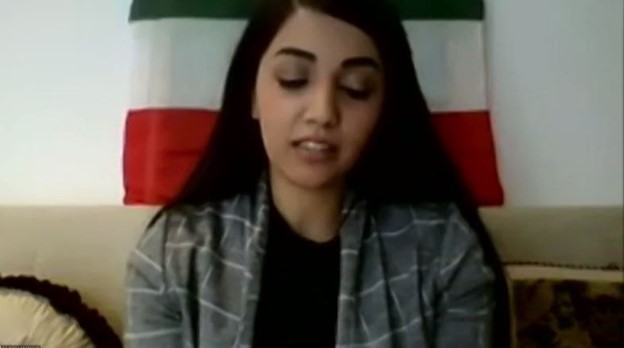 “The German government has banned the export of medical equipment to make sure medical staff are supplied. In countries where there’s a dictatorship, it is sad to see dictators leave their people in fear and horror,” said Dr. Kimia Shahverdi, a pharmacist in Germany.

“Already more than 2,000 people have died in Iran. The number of infected people will increase to tens of thousands. The people of Iran and political prisoners are victim to the regime’s cover-ups and corruption. Mahan Air continues its flights to China. Qom was not quarantined and the virus has spread to other cities.

“It is of the utmost importance that people are provided with the means to protect themselves. I call on the UN and international community to help the people of Iran.”