In an initiative by Iranian National Sports Champions, members of the National Council of Resistance (NCRI) of Iran 48 Iranian sports champions write to the UN Secretary-General, the International Olympic Committee President, UN High Commissioner for Human Rights, President of the Human Rights Council and, demanding their urgent intervention to stop the execution of wrestling champion, Navid Afkari.

Mr. Moslem Eskandar Filabi, Iran’s national hero and winner of 17 Gold, Silver and Bronze medals in national and international competitions and Chairman of the Committee on Athletics of the National Council of Resistance of Iran (NCRI), Dr. Mohammad Ghorbani, a Gold medal winner in World Wrestling Competition in 1971, and Messrs. Bahram Mavaddat, Asghar Adibi, Hassan Nayeb Agha, and Abbas Novin Rouzegar, members of Iran’s National Soccer Team, and NCRI members are among the signatories.

Among the signatories are Mr. Moslem Eskandar Filabi, the renowned Iranian national wrestling champion and winner of 17 Gold, Silver and Bronze medals in national and international wrestling competitions, and the Chairman of the Committee on Athletics of the National Council of Resistance of Iran (NCRI), Dr. Mohammad Ghorbani, a Gold medal winner in the World Wrestling Championship in 1971, and Messrs. Bahram Mavaddat, Hassan Nayab-Agha, and Abbas Novin Rouzegar, members of Iran’s national soccer in the ‘70s, who are NCRI members.

Text of the letter follows: 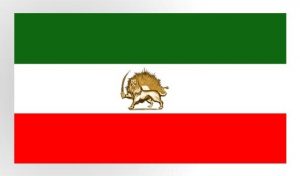 The ruling regime in Iran is about to execute the Iranian Wrestling Champion Mr. Navid Afkari only because he had participated in a nation-wide anti-regime protests that took place during the summer of 2018. He was arrested in Shiraz, south of Iran. The regime’s judiciary has sentenced him with two counts of executions, six years and six months of imprisonment and 74 lashes.

Petition by Navid Afkari asking for re-trial/re-examination of his case was rejected by the regime’s Supreme Court.

Execution of Athletes, Champions and Olympians in Iran by the ruling regime is not new. Many Athletes have been executed to date only because they had responded to the voices of their conscious and their Athletic duties when it comes to oppression of people by the regime. The regime in Iran cannot tolerate popular figures in Iran.

We, undersigned, Athletes, Olympians, and members of Iran National Teams in various athletic disciplines in the past, are calling on Mr. Thomas Bach, President of International Olympic Committee and Mr. Nenad Lalovic, of the United World Wrestling (UWW) to sincerely do whatever they could, urgently, to help save the life of the Iranian Wrestler and national champion Navid Afkari as time is running out for him.

Your action also sends a strong message to the regime in Iran that they cannot kill Iranian heroes only because they had exercised their most basic human rights and more that the world in watching.

Your high offices should also make the regime understand that should they continue with this barbaric execution; you would impose serious sanctions on them.

We, the undersigned are calling on all Athletes, Olympians worldwide to support our call and do whatever in their capacity to help save Mr. Vahid Afkari’s life. Your support will show that the people of Iran and their Athletes are not alone in seeking justice and human dignity.