U.S. Treasury Chief: We Will Ramp up Pressure on Iran’s Regime 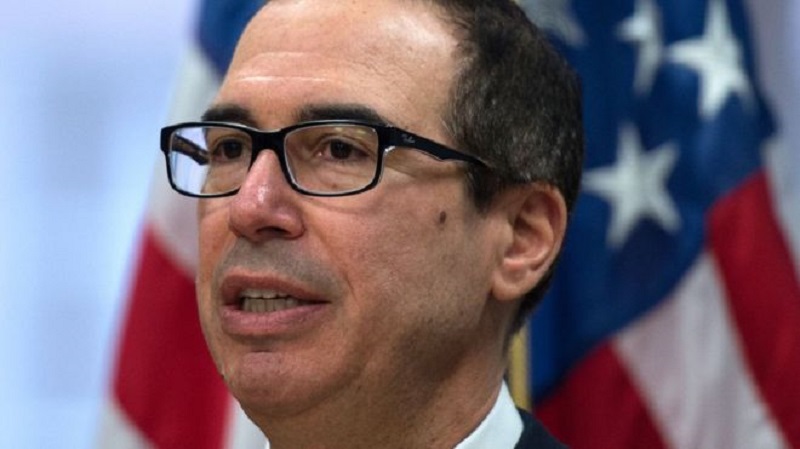 United States Treasury Secretary Steven Mnuchin said on Monday the U.S. would increase economic pressure on Iran’s regime over its nuclear program, making the pledge during a Middle East trip that includes visits to U.S. allies Israel and Saudi Arabia.

Sanctions reimposed on the Iranian regime by President Donald Trump after he withdrew Washington from world powers’ 2015 nuclear pact with Tehran have dried up Iranian oil revenues and cut Iranian banks’ ties to the financial world.

“We have executed on a maximum pressure campaign for sanctions. They have worked, they are working, they are cutting off the money,” Mnuchin told reporters in a press conference on Monday, October 28, 2019.

The Iranian regime’s nuclear weapons program remained secret until 2002 when the started, the regime has used its network abroad to circumvent and violate sanctions.
Read More here:

In 2012, the NCRI exposed secret details of the role of the regime’s Revolutionary Guards in its nuclear weapons projects.

The NCRI’s political platform rejects nuclear weapons or technology being pursued in Iran, and Mrs. Rajavi’s 10-point plan for a future Iran specifically states: “We want the free Iran of tomorrow to be devoid of nuclear weapons and weapons of mass destruction.”

Iran: Raisi’s Speech to UN Was Full of Lies