A Prison Called ‘Liberty’ Not Fit for Iranian Dissidents in Iraq 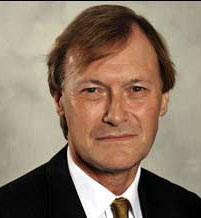 HUFF POST – By David Amess – 5 March 2012
Imagine exchanging your home for a prison. Instead of the house you have known for decades, you must now live in a hut the size of a shipping container. You can take only the belongings you can physically carry, and must therefore leave almost everything behind.

In the camp to which you are headed there is no medical care for your sick relatives. Once there, the omnipresent guards will humiliate you constantly.

To top it all off, you do not know when, or even if, you will ever leave the camp. Vague promises of relocation to a third country float in the air, but you don’t trust those who are making them. But one thing is for sure: there is no turning back.

Who in their right mind would voluntarily accept this kind of exchange? No-one, you would think, but nevertheless this is exactly what has happened.

Four hundred of the 3,400 residents of Camp Ashraf, to the north of Baghdad, have volunteered to move out of the home some of them have known for almost three decades. In a gesture of goodwill towards the United Nations and the U.S., these men and women agreed to be transferred to Camp Liberty, a former US military base more suited to housing cattle than human beings. They are now living in a compound surrounded by high walls. They have no access to lawyers and can only hope that the Iraqi guards, their jailors, will respect the fact that they have been designated asylum seekers by the UN High Commissioner for Refugees.

Their new companions, the Iraqi guards, are sadly quite familiar. Guards in similar uniforms raided their home, Camp Ashraf, one two occasions over the last three years, leaving dozens dead and many injured. To ensure that the residents did not for one moment believe they were welcome, the approaching convoy of buses was greeted at the gates of Camp Liberty by attempt for another round of inspections, after a one that took 12 hours in Camp Ashraf. The new arrivals were searched with sniffer dogs as if they were dangerous terrorists.

According to Iraqi prime minister Nouri al-Maliki, the remaining Camp Ashraf residents must now follow. Al-Maliki is intent upon emptying Camp Ashraf in order to please his masters in neighbouring Tehran. If it weren’t for the presence of the United Nations, international observers and the world’s media, the Ashrafians would already have been executed. That’s because they are supporters of the People’s Mujahedin of Iran (PMOI/MEK), the main Iranian opposition group and the sworn enemies of the mullahs.

According to the deal struck between the Iraqi government and UN ambassador Martin Kobler, standards at Camp Liberty were supposed to be decent. Instead, the arriving volunteers discovered they didn’t even have drinking water, let alone water to wash. The area made available to them is much smaller than original plans promised. Given that they can’t even move around freely, how are they expected to consider themselves to be anything other than prisoners? And a lingering question is why the UN Representative, Ambassador Kobler depicted a rosy picture of conditions at “camp Liberty” to Ashraf residents in January? A picture that it is obvious nothing to do with reality.

It is hardly surprising that those who remained home, back in Ashraf, are not particularly keen to follow this advance party to the ironically named Camp Liberty. While the official goal – resettlement of all residents in third countries – is laudable, Ashraf representatives have laid down conditions that need to be put into place immediately if the transfer between the two Camps has any chance of success. First and foremost, Iraqi guards must leave the camp and stay outside its walls. The new residents must have free access to medical services for the most fragile among them. They should be allowed to bring their vehicles from Ashraf to Liberty and must be permitted to sell anything that cannot be moved in order to help pay for their resettlement costs. Under no circumstances can Iranian agents be allowed to mingle among them – a condition that will require constant and unhindered monitoring by the United Nations.

The brave vanguards who have abandoned their homes in Ashraf have earned the respect of the international community. Housing them in nothing more than a prison, while treating them as criminals, is not going to solve this humanitarian crisis.

The United States must also play its part by applying pressure on al-Maliki and his government. It was after all the US army that guaranteed the safety of the Ashraf residents when troops liberated Iraq from Saddam Hussein.

It is time that the U.S. and the UN to reciprocate the good will of Ashraf residents by guaranteeing the rights and the minimum needs of those who have gone to Camp Liberty.

Without that, the credibility of the UN word would not go very far, in particular for the Ashraf residents.
Fool me once, shame on me. Fool me twice, shame on you. Isn’t this true for the UN too?

Previous article
Why U.S. should protest conditions at Camp Liberty
Next article
Camp Liberty: UN is ‘part of the problem’