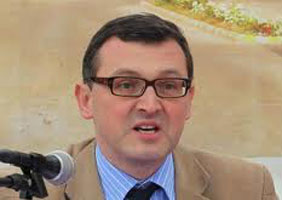 NCRI – Camp Liberty should be declared a refugee camp and the residents given full international protection after the mortar attack on Saturday left six people dead and at least 100 injured, a leading Belgian politician said today.

He said in a statement: “On Saturday morning at least 35 missiles were fired at camp liberty near Baghdad airport, where 3100 Iranian main opposition PMOI members are residing.

“The attack has left at least 6 residents dead so far and 100 wounded.

“This terrorist act must be condemned by Belgium and the EU and urgent steps should be taken to prevent more attacks and loss of innocent lives.

“These 3100 Iranian refugees were evicted by force by Iraq from their homes in camp Ashraf last year at the insistence of the UN Envoy in Iraq Martin Kobler and the US government.

“We call for the immediate transfer of these defenseless refugees to Ashraf to protect their lives from the further rocket attacks on Camp Liberty.

“Ashraf has buildings made from cement and contains protection shelters.

“We call on the UN High Commissioner for Refugees to immediately declare Camp Liberty a refugee camp and provide international protection for the residents in accordance to UNHCR mandate.”

The attack has also been condemned by the the United Nations, the European Union, Amnesty International and the the UN’s High Commission for Refugees.

UN Secretary General Ban Ki-Moon called on Iraq to carry out a full investigation to bring the killers to justice.

Human rights group Amnesty International demanded that Iraq urgently investigate the attack and look into the conduct of Iraqi security forces before and when it happened to determine if they could have prevented it.

And Struan Stevenson, president of the European Parliament’s Delegation for Relations with Iraq added: “The US Government and the UN are directly responsible for the security and protection of these refugees and they have failed them miserably.

“I hold them fully accountable for this latest atrocity. The 3100 residents crammed into Camp Liberty are sitting ducks who can be murdered at will by Iraqis and their Iranian sponsors. We warned that this would happen and absolutely no notice was taken.

“I call on the newly appointed US Secretary of State John Kerry to take immediate action to get these people relocated to places of safety.”