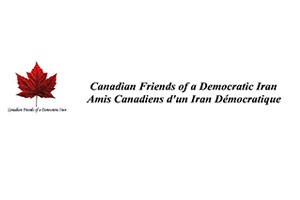 Canadian Friends of a Democratic Iran

Camp Liberty again attacked by missiles and mortars, killing scores of “Protected Persons” and wounding dozens of others.

Another deadly missile attack by reportedly more than 80 missiles struck Camp Liberty residents at the behest of the Iranian regime on October 29, claiming at least 23 lives and many injuries.

The attack was another predictable consequence of the West’s failure to take action against previous crimes against humanity at Camps Liberty and Ashraf.

We warned following the December 2013 missile attack on Camp Liberty: “This was the fourth missile attack on Camp Liberty, but it will not be the last unless the United Nations, United States and European Union take the repeated warnings by many members of parliament, congressmen, senators and leading judicial and military figures in Europe and United States seriously and put an end to such atrocities…” Now after less than two years, the warning was followed by a massacre.

Impunity and a lack of accountability by the US government and UN, despite their legal obligations to protect the residents and in reality appeasement towards a brutal regime at the cost of scores of innocent lives, must end if we are serious about the solemn promises and written agreements that were the basis of relocating Ashraf residents to Camp Liberty.

The surviving camp residents are now paying the full price of silence, indifference, and inaction by the West. The situation is humiliating to the entire international community for being weak in the face of rising fundamentalism and its Tehran sponsors. We call on the new government of Canada, once formed, to take action to ensure the security of the camp, and to hold the Iraqi government accountable for the latest attack. The prospect of a nuclear deal must not pave the way for ignoring human rights and inaction concerning the deeds of the Iranian regime and its proxies in the region.