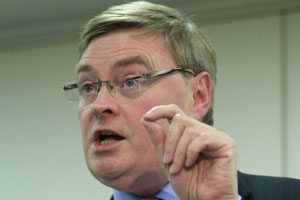 In response to the missile attack on Camp Liberty on October 29th, David Campbell Bannerman MEP, Chair of the European Parliament Delegation for Relations with Iraq has issued the following statement:

“As Chairman of the European Parliament’s Delegation for relations with Iraq, I strongly condemn the attack on Camp Liberty, Iraq, that took place yesterday (October 29th 2015) taking the lives of over twenty people and injuring dozens more.

“My thoughts are with the people of Camp Liberty who were victims of this unspeakable and unprovoked attack.
“I urge the Iraqi government to do everything in their power to find the perpetrators of this horrifying terrorist act and bring them to justice. We will be closely watching their approach and need to see serious intent.”