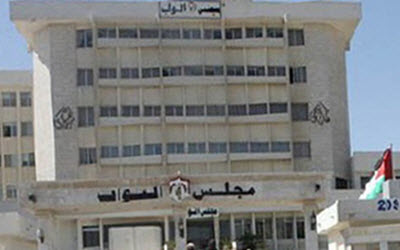 NCRI – A majority of members of the 17th Jordanian Parliament have signed a statement in support of the rights of members of the main Iranian opposition group People’s Mojahedin Organization of Iran (PMOI or MEK) in Camp Liberty. The following is the text of a June 5 statement by Dr. Mohamed al-Haj, President of the Jordanian Parliamentary Committee for Iran Freedom:

Majority of the 17th Jordan Parliament

Seventy seven Members of the 17th Jordanian Parliament, establishing a majority of this council, signed a joint statement condemning Iran’s meddling in the region and calling for guaranteed safety and security for Camp Liberty residents in Baghdad until their ultimate departure from Iraq.

“In contrast to many expectations of Iran engaging in a path of moderation following the nuclear agreement, the trend of executions, oppression, export of fundamentalism and terrorism by the rulers of Iran has only intensified. During this period, Iran’s meddling in the region, especially in Syria, has gained unprecedented proportions as 60,000 Iranian Revolutionary Guards (IRGC) members and their proxies are busy massacring the Syrian people as we speak. In addition to the IRGC, Iran’s regular army in early April announced the deployment of its commando division to Syria. The main portion of the funds released due to the Iran sanctions reliefs have been allocated to purchase weapons for IRGC and/or regular army from Russia and other sources,” this statement reads in part.

“Iran’s meddling in Iraq continues and Camp Liberty, home to refugee members of the People’s Mojahedin Organization of Iran (PMOI/Mek) in Baghdad, was targeted in a massive missile attack on 29 October 2015 leaving 24 dead and large scale destruction across the camp. Tehran’s main crackdown effort is focused on this organization. Iran considers the PMOI/MeK its main enemy due to its widespread popular support and loyalty to a tolerant and pacifist Islam. This is exactly why Tehran loses no opportunity in its crackdown against its members and supporters. The oppression of ethnic minorities, including the Kurds, Baluchis and Arabs in Iran have intensified parallel to inhumane discrimination against the Sunni community,” the signatories of this statement add.

“February’s farce elections in Iran made it crystal clear nothing has changed. All the candidates are wholeheartedly loyal and practically committed to the mullahs’ establishment. Despite all this, half of the candidates were disqualified and sacked by the Guardian Council, a powerful body under the heavy influence of Iranian supreme Ali Khamenei. Despite their association to different factions, those entering the parliament and Assembly of Experts are no different in their views of crackdown and exporting terrorism. Hassan Rouhani, the regime’s so-called moderate president, in his remarks on March 12th hailed the presence of IRGC members in Syria and Iraq under the pretext of protecting sacred Shiite sanctuaries. Prior to that he labelled Bashar Assad as the legitimate leader of Syria, going on to describe executions as the implementation of Islam’s rulings and the rule of law,” the Jordanian MPs statement adds.

The majority of the 17th Jordanian Parliament concluded their statement by calling on Arab and Islamic governments, the United Nations, the UN Security Council, the United States and European Union for the following:

1. Strongly condemning human rights violations and the rights of ethnic and religious minorities in Iran

2. Impelling Iran to withdraw its army, IRGC members and proxy forces from regional countries, especially Syria and Iraq. This is a necessity to defeat Daesh (the Arabic acronym for the self-proclaimed Islamic State, ISIS, ISIL)

3. Guaranteeing safety and security of Liberty residents until their ultimate departure from Iraq

4. Supporting the Iranian Resistance and its President-elect, Mrs. Maryam Rajavi, being the sole response in the face of the mullahs’ dictatorship in Iran as the center of Islamic fundamentalism and terrorism in today’s world

Previous articleIranian Resistance calls for urgent action to save lives of ill and hunger-striking political prisoners
Next articleIran: Protest gatherings in Kermanshah, Paveh, and Ilam