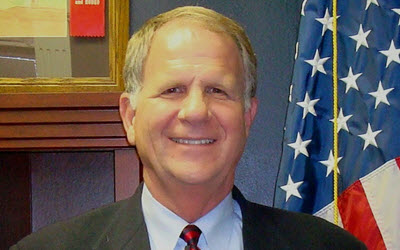 NCRI – Judge Ted Poe, a Republican Member of the U.S. House of Representatives, has published a commentary on the status of the members of the main Iranian opposition group PMOI (MEK) in Camp Liberty in Iraq.

The following is the text of his opinion article which was published on Wednesday on his official Medium account:

Member of Congress, representing the second district of the great state of Texas

An estimated 1,200 Iranian dissidents remain in Camp Liberty in Iraq at the mercies of the pro-Iranian government in Baghdad. These refugees, mainly members of the People’s Mujahedin of Iran (otherwise known as the MEK) are unarmed, innocent people who have been forced to flee their homes because of their opposition to the tyrannical theocratic regime in Tehran. They have endured decades of exile outside of Iran marked by continuous suffering and persecution.

Since 2013, seven rocket attacks have targeted Camp Liberty, wounding hundreds and killing at least 139 residents. All of these attacks are believed to have been carried out either by Shiite militias in Iraq linked to the Iranian regime or by agents of the Iranian Quds Force. No one has been held accountable for these attacks. In fact, no one has even been arrested. Despite the fact that the Iraqi government signed a Memorandum of Understanding ensuring the safety and security of the residents of Camp Liberty, it appears that the Iraqi government’s subservience to Iran takes precedence.

These dissidents are not safe in Iraq and must be relocated as soon as possible to some other country. Thankfully, 1,800 residents have already been resettled outside of the country, particularly in Albania, which took in the most recent batches of refugees leaving Camp Liberty in early August. However, recent reports from MEK sources within Tehran now suggest that the Quds Force is contemplating another major strike on Camp Liberty before the remaining refugees are allowed to leave. At the same time, Quds Force-linked paramilitary forces have been increasing their presence in Baghdad International Airport — a troubling sign that could presage another strike on the camp that is located not too far from the airport.

The Iranian government would like extend the reign of terror it wages at home against any and all people who speak out against it- including the dissidents in neighboring Iraq. How many more people have to die? How many more times will unarmed refugees be attacked by rockets? The Iraqi government must live up to its commitment and protect these refugees until every last one of them finds his or her way to safety.

And that’s just the way it is.