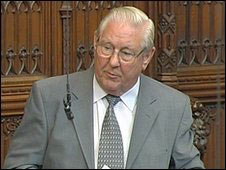 LONDON, Jan. 31 (UPI) – By ANTHONY CLARKE – “If you tell a lie big enough and keep repeating it, people will eventually come to believe it.” Sadly, those words by Nazi propaganda chief Joseph Goebbels more than 70 years ago still ring true and remain a key tactic of despots.

Case in point is the effort by the mullahs in Iran to persuade world community that the many of the Iranian dissidents at Camp Ashraf in Iraq would happily return to Iran if given the chance — though the truth is that they would face certain death should they do so.

The claim would be laughable if it were not attributed to a high U.N. official — and that he has not denied it. In fact, his silence on the issue has emboldened Tehran to make the lie even bigger by inflating the numbers.

The Camp Ashraf situation came to a head last December when Tehran’s puppet, Iraqi Prime Minister Nouri al-Maliki set a Dec. 31 deadline for Ashraf’s residents to leave the camp and be dispersed around Iraq or be returned to Iran.

In truth, these dissidents, members of the People’s Mujahedin of Iran, want to leave Iraq and have asked the U.N. refugee agency to classify them as “asylum seekers” and allow them to apply for safe haven elsewhere. But the Maliki government has refused to give the United Nations permission to interview them.

With pressure mounting from the United Nations and U.S. Secretary of State Hillary Clinton, Iraq backed down and agreed to let the dissidents relocate to a former U.S. Army base, called Camp Liberty, near Baghdad, with their safety guaranteed by the United Nations and United States, until they could be processed for relocation.

They showed that Maliki planned to turn Camp Liberty into a prison surrounded by a high concrete wall. It had been looted and vandalized and lacked the most rudimentary facilities for a decent life. Its size was being reduced from 40 square kilometers to 4 and then to one-half a square kilometer.

And, according to reliable sources from inside Iran, the Maliki government, in conjunction with the Iranian regime, plans to arrest as many as 258 residents during the relocation.

Moreover, a U.N. team that visited Camp Ashraf last week and confirmed to the residents that in Camp Liberty they will not have freedom of movement, even for vital hospital treatment.

The U.N. team also confirmed that there is no drinking water in the camp and the residents must purchase it through contractors; also, there is no building in the camp suitable for the elderly or disabled and no place for recreational and other basic facilities they need.

Although the United Nations has not certified the place, the U.N. team has indicated that with some modification, approval of the camp is likely. The U.N. position is simply unacceptable; approval of such a place would, be a disgrace.

Perhaps more disgraceful is that the United Nations and Special Representative of the Secretary-General to Iraq Martin Kobler have not objected to Iraq’s reneging on its commitments.

This emboldened the mullahs’ media to quote Hassan DanaiFar, its ambassador to Iraq and a senior commander of the notorious Revolutionary Guards, as saying that he met with Kobler, who allegedly told him:

“In meetings that the U.N. representative has had with members of this grouplet in Camp Ashraf, the majority of members … declared readiness to return to Iran but the terrorist commanders of this grouplet have not let them out of the camp and somehow have taken the members hostage …

“The United Nations and its representative in Iraq have stressed many times in their meetings with us that from the U.N. perspective, the Monafeqin (the People’s Mujahedin of Iran) are a terrorist grouplet and they would never support them.

“At least 750 Ashraf residents are willing to go back to the mullahs’ rule.”

When there was no contradiction by Kohler, the Iranian media raised that number to 1,260. Why not all 3,400?
Ah, yes, the big lie. In truth, the U.N. ambassador met Ashraf residents for all of 15 minutes. How was he able to determine that 750 of the residents want to go to their executioners? These are the same people who all sought asylum only last September, after living many years at Camp Ashraf.

If they had wanted to return to Iran, they could have done so at any time. The claim that they want to go back is an insult to them, their integrity and their principle of not submitting to the theocracy ruling Iran.

The big lie only works if it is not challenged with the truth. Ambassador Kohler or his bosses at the United Nations must make a rebuttal promptly.

Anthony Clarke, Lord Clarke of of Hampstead, is former chairman of Britain’s Labor Party and a leading member of the British Parliamentary Committee for Iran Freedom.