US Congress resolution calls for protection of Camp Liberty residents 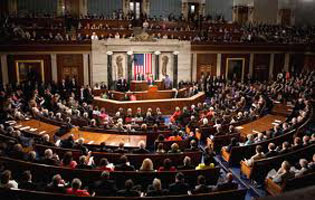 NCRI – US lawmakers from both parties have drafted a resolution condemning the deadly attack on Camp Liberty and demanded that President Barack Obama act now to move the residents back to Camp Ashraf.

The resolution – presented to the US House Foreign Affairs Committee – also demanded those responsible for the February 9 missile attack which left seven dead and more than 100 injured be brought to justice.

And it urged the government of Iraq to allow international observers into Camp Liberty – referred to as Camp Hurriya – to assess the conditions being endured by its 3,100 residents.

The resolution stated: “On February 9, 2013, dozens of rockets were fired on Camp Hurriya in Iraq where approximately 3,100 members of the Iranian opposition movement, the Mujahedin-e Khalq (MEK), have been residing since being relocated from Camp Ashraf in February 2012.

“Seven unarmed residents were killed and approximately 100 more wounded, some suffering severe and debilitating injuries. The New York Times reported that Hezbollah Brigades, an Iranian-affiliated group, claimed responsibility for the attack and `warned that others would follow’.

“In an interview with the Associated Press on February 26, 2013, one of the leaders of the Hezbollah Brigades, Wathiq al-Batat, claimed his group receives weapons and other support from Iran and promised more attacks to come, saying ‘We will strike them again until they leave’.”

The resolution noted that the UN, the UNHCR and the former US Secretary of State Hillary Clinton had all condemned the attack’ and also demanded that the terrorists be caught and put on trial.

It said that the Memorandum of Understanding between the Government of Iraq and the UN signed on December 25, 2011, outlining ‘steps necessary to achieve a peaceful and viable solution for the residents of Ashraf, including their temporary relocation to Camp Hurriya’ had failed.

Only six residents have been resettled through the UN process while asylum-seekers lived in exposed trailers without the ability to protect themselves from future attacks, the bill said.

It urged the US government to firstly, publicly condemn the attack against the residents of Camp Hurriya.

Secondly, to call on President Obama to work with the Government of Iraq to ensure that the Memorandum of Understanding is fully implemented, and that humanitarian protections for the residents of Camp Hurriya are upheld.

Thirdly, to urge the Government of Iraq to allow the residents’ families and lawyers as well as international observers, including parliamentarians, Members of Congress, and the media to visit Camp Hurriya and assess the situation on the ground.

And fourthly, to urges the President to work with the Government of Iraq and the United Nations High Commissioner for Refugees to return the residents of Camp Hurriya to Camp Ashraf where they will have more protection from any future terrorist attacks.