Conference on Human Rights in Iran Held in the US Senate

Conference on Human Rights in Iran held in the US Senate

On the occasion of Nowruz, Iranian New Year, a ceremony was held in the Senate by the Organization of Iranian American Communities (OIAC).

Although the event coincided with the Iranian New Year, Nowruz, moderators said they were sad on witnessing a very unfortunate situation in Iran as coronavirus has engulfed all 31 provinces of the country, thousands have died and the regime has shown no sign that it is willing or capable of resolving this catastrophe. 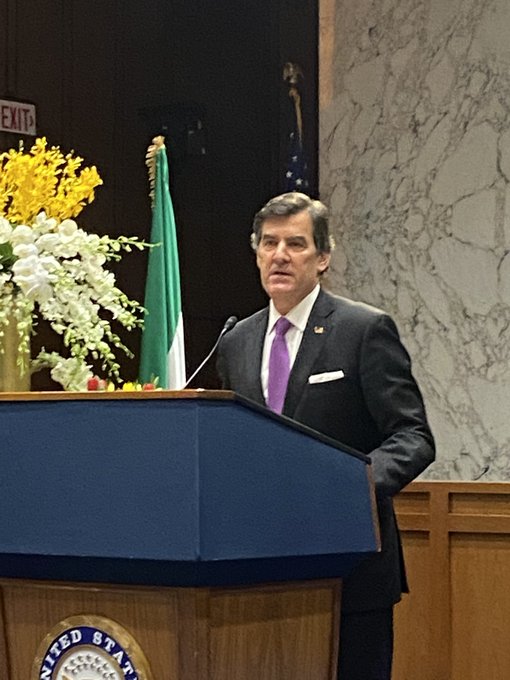 The event was moderated by Ambassador Mitchell Reiss, who said in his opening speech:

“We see an authoritarian regime that uses violence. And above all, we see Maryam Rajavi and NCRI as a viable democratic alternative that beat expresses the hopes and aspirations of the Iranian people.”

He elaborated on the February 21 sham elections for the regime’s Parliament:

“As you know on Feb21, Iran held the 1st round of Parliamentary elections. Almost 58M Iranian were eligible to Vote but only 25M actually joined. The lowest turnout. The Iranian people knew that the elections had been rigged, not at polling stations, but in the weeks and months before voting,” he said.

“It was also a signal to the international community that the Iranian people are willing to defy the regime and take brave and courageous steps to build a real democracy, one that represents their interests and respects their dignity. The only conclusion I can draw is that this sham election, without even the pretense of fairness, is a sign of the regime’s weakness, not its strength.” 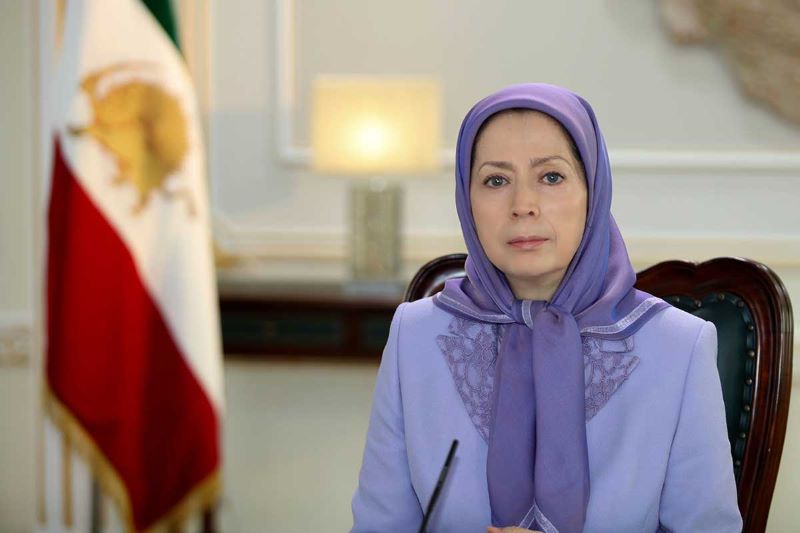 The program began with a video message from Mrs. Maryam Rajavi, the president-elect of the National Council of Resistance of Iran. In her message, Mrs. Rajavi draw the attention to the “urgent situation that is the ongoing tragedy in Iran,”

“Due to the regime’s failure to inform the people about the spread of coronavirus or to take the necessary preventive measures, more than 3,000 people have died so far,” Mrs. Rajavi said.
“The regime officials concealed the presence of the virus in Iran for several weeks to ensure a turnout in the sham parliamentary election.

The consequences are not limited only to Iran. They have caused the spread of the virus to several countries.

The November 2019 uprising in Iran displayed the Iranian people’s resolve for regime change,” she affirmed.

Mrs. Rajavi concluded:” The policy of appeasement, which helped the regime to prolong its repressive rule, has failed. Let it be clear, the Iranian people and their organized resistance will overthrow the regime. “

The policy of appeasement, which helped the regime to prolong its repressive rule, has failed. Let it be clear, the Iranian people and their organized resistance will overthrow the regime #Covid_19 #FreeIran2020 https://t.co/ObCjgs6n1C pic.twitter.com/XMNcHWzuKX

A message from U.S. Senator Ted Cruz (R-Texas) was next, with regrets for not being able to deliver his message to the gathering in person.

“It is necessary to hold the regime’s officials accountable for crimes against humanity, and to increase pressure on the regime to release the political prisoners and to ensure free access to the internet for the Iranian people,“ Senator Cruz said in his message.

“I can proudly say that America stands with the men and women of Iran in their fight against these cruel, oppressive, murderous tyrants. In the Senate, I have been a strong advocate for applying a maximum pressure campaign against the Iranian regime, to hold them accountable for their human rights abuses and once and for all end their reign of terror. I believe the threat of a nuclear Iran is the single greatest national security threat facing the United States and we must do everything possible to eliminate that threat. To date, the single most important foreign policy decision that this administration has had to face in the past three years has been the decision to pull out of the disastrous Obama-Iran nuclear deal. I have expressed my support for President Trump and his administration for beginning the process to end the disastrous Obama-Iran nuclear deal,” the Texas senator concluded.

“Iranians are rising for their freedom, Ghassem Soleimani got what he deserved. He killed more than 600 US soldiers and thousands in Iran, Syria, Iraq, Yemen,” senator Joe Lieberman said in his speech. 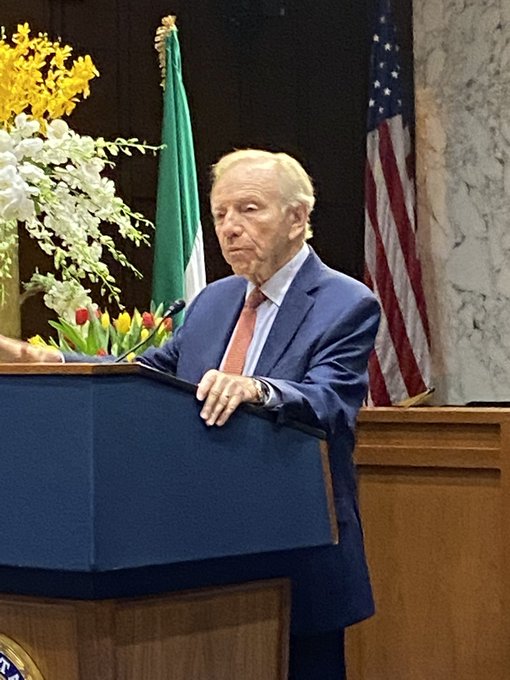 Senator Liberman high lights the Iranian regime role on the spreading coronavirus in Iran and said, “Iran continues using Mahan Air to travel to China back and forth to this date without taking any precautions”, and mentioned, “Staff has a great opportunity to see how policies are made and how you can help to change the history.” 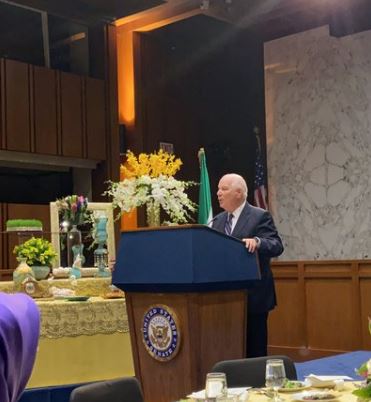 “Our policy is to penalize this regime on behalf of the Iranian people. This is a nonpartisan effort. As Martin Luther King has said we are here for human rights of all people around the world” Senator Cardin said.

Senator Gary Peters joined the ceremony and said, “I thank your organization for what you have been doing to inform and keep us at Senate up to date about the reality in Iran from Human Rights to Nuclear activities to terrorist activities. Your work is bipartisan.”

I thank your organization for what you have been doing to inform and keep us at Senate up to date about the reality in Iran from Human Rights to Nuclear activities to terrorist activities. Your work is bipartisan says @SenGaryPeters @VOAIran @StateDept @USAdarFarsi @IranIntl pic.twitter.com/k63haYRRAh

Previous articleIn the service of Iran Regime’s Corona Ayatollahs
Next articleIran: Coronavirus Casualties in 160 Cities Are at Least 3650