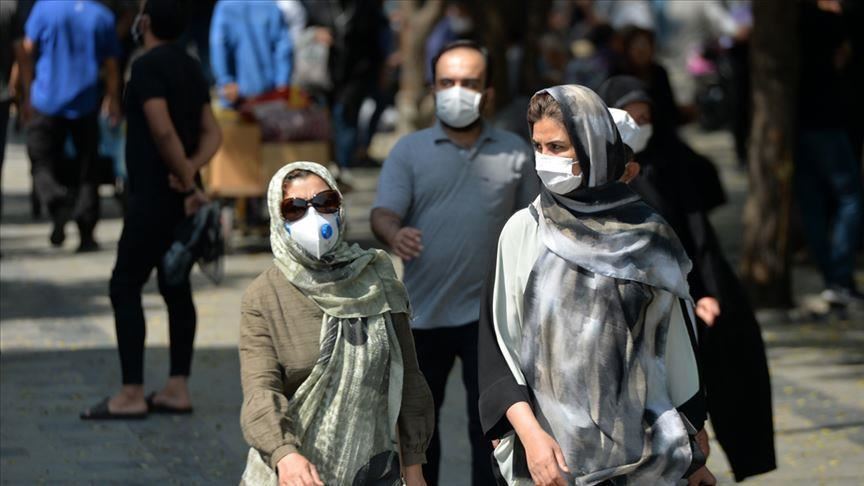 Struggling with one of the most lethal viral pandemics in modern history, every single country is trying hard to control the invisible enemy. However, the Iranian regime is showing frequent symptoms that it is literally appreciating the occasion, trying to exploit the global tragedy to its own benefit.

In the fourth quarter of 2020, Iran has been reported among the worst hit countries by the Coronavirus, surpassing Brazil, Russia, India and the US in its mortality rate. Despite Tehran being notorious when it comes to subject “transparency towards international media”, daily news about the staggering numbers out of the Middle Eastern autocracy shocks political analysts about the regime’s latest approach.

But surprisingly, almost every article published in Western publications that is covering the latest tragedy in Iran hardly manages to separate the pandemic from the US sanctions. It is like a synchronized outcry for Washington to ease its maximum pressure and let the regime “to help” its people overcoming the crisis. It takes a deep appreciation of the complex nature into the regime’s mindset for disguise and deception to understand how the various propaganda apparatus in Tehran are pulling the strings.

The international news media have also been reporting that Iran is experiencing a serious uphill battle with the COVID-19 virus, calling it “the third wave”. While reading the number of waves indicates a cycle of an ongoing encounter and some ups and downs fighting the pandemic in almost every country, the term is actually a well-engineered concept for the regime to cover up its inability (or unwillingness) to respond to the crisis.

“This is not so much about a second or third wave — we are facing an ongoing pandemic and have a tough struggle ahead of us,” the head of Iran’s University of Medical Sciences, Abbas Ali Karimi, told students.

Ever since the beginning of the pandemic, the Iranian regime’s supreme leader Ali Khamenei has been calling it a blessing. Pointing to the Iran-Iraq war, he has said: “War is naturally a terrible and violent phenomenon. But this violent and terrible phenomenon which lasted eight years had blessings for us as I counted them earlier, and there are more to be said about that. In other words, we achieved good and freshness from it.”

While that war costed Iran more than 2 million deaths and injuries, the destruction of 500 cities and villages torn down and more than $1 trillion in damages, Khomeini, the then-Supreme Leader, never stopped calling it a ‘blessing.’ After all, under the pretext of war, he managed to squeeze every single breath of domestic opposition as an act of treason and fifth column of the foreign enemy.

Therefore, it has been a centerpiece of the Iranian foreign policy to blame the current economic failure on US sanctions. And it is taking the population as hostages for trying to ease the pressure it has to thank itself because of years’ long spread of terrorism, human rights violations and an ambitious nuclear program.

According to Deutsche Welle, the Atomic Energy Organization of Iran (AEOI) announced in April that it is developing more advanced centrifuges to disinfect masks, gloves, and other medical equipment. However, former International Atomic Energy Agency (IAEA) advisor and Iranian physicist Behrooz Bayat, said that disinfecting medical devices is not a valid reason for Iran to carry on with the nuclear program. Even back then, the enriched uranium was already far beyond the level allowed under the 2015 nuclear deal, the so-called Joint Comprehensive Plan of Action (JCPOA).

It’s the same regime that refused to accept US medical aid when the pandemic started to take its toll in Iran in March, claiming that “vicious” American sanctions are depriving the country of medicine. In March, the regime also dismissed MSF and effectively prevented the international group from helping the Iranian people surviving the deadly virus.

While many countries around the world are spending large amounts to help their economies survive the pandemic, the Iranian regime is by far one of the most neglective forces. Also here, the regime is lagging far behind every other nation and the state’s Minister of Healthcare disclosed on September 23rd that he still has not received more than 70% of the allocated funds, only worth the equivalent of $1 billion for fighting the virus for the entire country.

Holding university exams, holding mourning ceremonies in Muharram, pushing the population to vote in hopes of a high turnout in February’s parliamentary elections, forcing people back to work amid the COVID-19 outbreak, and systematic cover-up of this crisis are the Iranian regime’s plan to use the Coronavirus pandemic for thwarting an uprising, thus preventing its downfall. The latter has been of the greatest importance for the regime’s fragile security and thus another “blessing”.

The regime’s handling of the coronavirus outbreak confirmed this reality that the mullahs intend to use mass casualties as a barrier to a new series of possible major protests. The state-run Mostaghel daily in an article on July 13 wrote: “A savior was needed to divert people’s attention from the November and January [uprising] incidents. So, came the novel coronavirus. The government used people’s fear of this invisible enemy to unleash the dragon among them”.

According to the PMOI (MEK), the actual death toll in Iran has already surpassed 128,000, and the slightest indication of any effective action from the regime is far from sight. Considering the aforementioned reasons and facts, it is now well understood why the Iranian regime’s Supreme Leader calls one of the deadliest viruses in history a ‘blessing.’