On Thursday, March 12, 2020, in a briefing held at the Association of Accredited Correspondents at the United Nations (ACANU), a unique report on the latest status of Coronavirus crisis in Iran prepared by dozens of Iranian experts, physicians, and medical staff, residing in Europe, the U.S., Canada, and Australia was presented to journalists. The report has been compiled on the basis of information from Iran.

The speakers elaborated on how Iranian authorities’ cover-up and lack of transparency turned Corona into a human catastrophe.

The report, sent to World Health Organization (WHO), addresses the real scope of the catastrophe, provides the latest figures on those who have died in the affected regions, the reasons behind the spread of crisis in Iran, the regime’s response and prospects to contain the virus.

Intelligence and exclusive reports from inside various Iranian prisons throughout the country about the critical situation of prisoners, in particular political prisoners, also was made public.
Mr. Javid Rehman, the UN Special Rapporteur on the human rights situation in Iran, stated on March 9 “Recent reports indicate that COVID-19 Virus has spread inside Iranian prisons.”

Remarks of Mr. Behzad Naziri, The National Council of Resistance of Iran 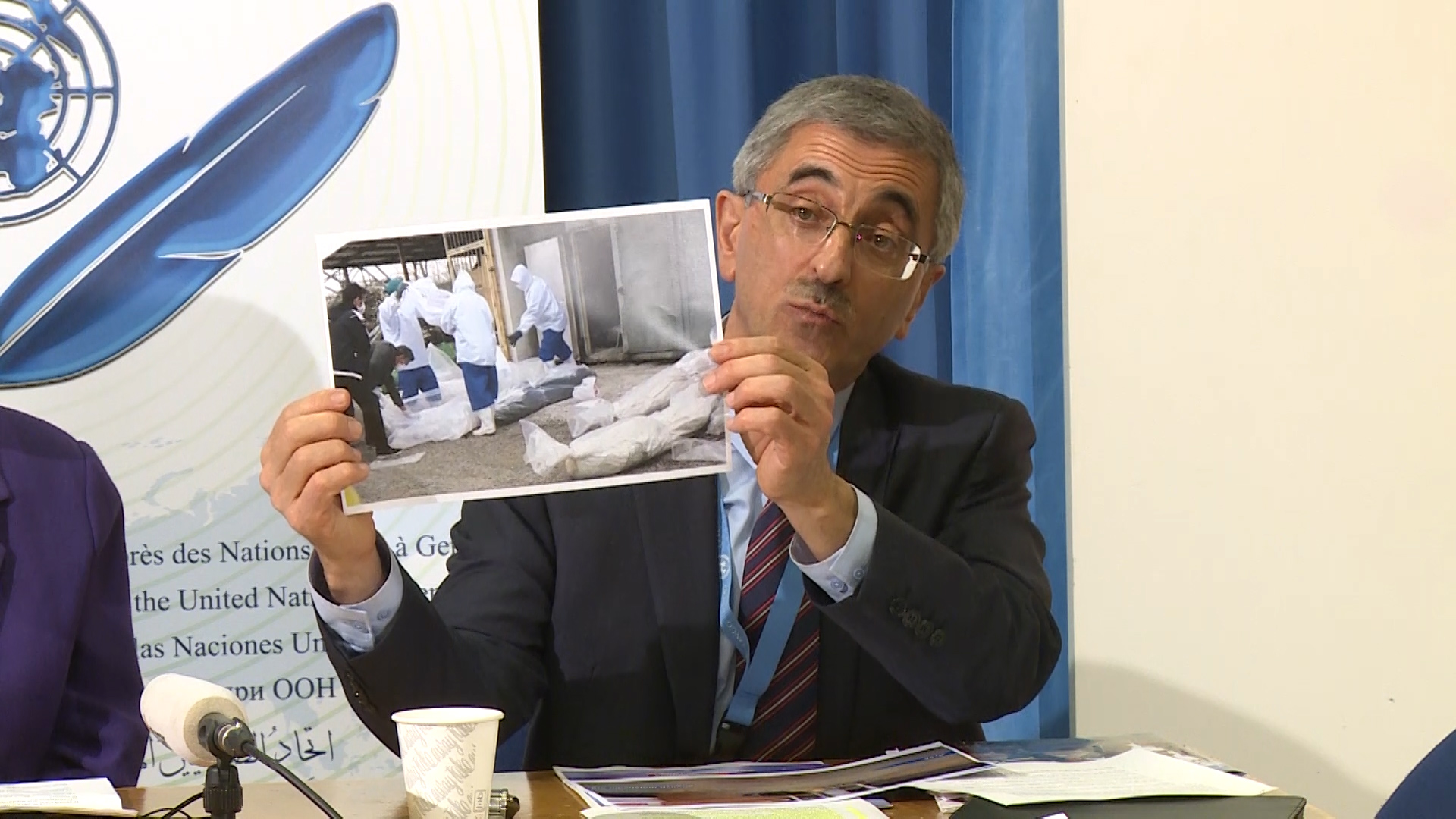 Our research and information based on reports from hospitals, medical centers, and physicians all over Iran, and from internal reports by Iranian authorities, as well as information in the public domain, indicate that the scope of the Coronavirus crisis in Iran is far bigger and far more pervasive than what the regime has acknowledged. My comments today are divided into two parts. First, I will explain how the regime’s political calculations and utter incompetence have led to current tragedy. Then I will provide you with specific information about prisons in Iran and a warning that unless immediate action is taken, a humanitarian tragedy is on the horizon.

A few points are in order:

Due to inhuman conditions in the regime’s jails in #Iran, prisoners and particularly the political prisoners must be released immediately, unconditionally and without asking for bail, otherwise all prisoners would die of the #Coronavirus.

One special aspect that has not been scrutinized is a very dire situation in Iranian prisons. The National Council of Resistance of Iran has compiled a comprehensive report on the threat of Coronavirus in Iranian prisons. A copy will be made available to you on request.

Based on scores of eyewitness reports from all major prisons in Iran, prisoners, particularly political prisoners, are in great danger. Their plight must be addressed immediately.
According to specific reports, Coronavirus is spreading in Greater Tehran’s prison, Rajaii-Shahr (Gohardasht-Karaj), Karaj Central, Qezel Hesar, Urmia, Sheiban, and Kashan prisons.

Prisoners are deprived of sanitary masks and even disinfectants. Some prisoners in Karaj’s central prison do not have prison cells and are held in the prison yard. Lack of hygiene is aggravated because political and ordinary prisoners, including addicts, are kept together. This situation has accelerated the spread of the Coronavirus. According to reports by relatives of prisoners, the Iranian regime has exploited the Coronavirus crisis to heighten pressure on and even secretly eliminate political prisoners. The official statement regarding temporary leave for prisoners does not pertain to political prisoners.

In the notorious Evin prison in north Tehran, inmates infected with coronavirus have been seen in wards 4, 7 and 8. A prisoner in ward 4 died due to Coronavirus. There is no news about several political prisoners being held in this prison.

Prisoners of conscience in Ahvaz, Zahedan, Qouchan, and Sanandaj have contracted Coronavirus.

Scores of people who were arrested during the nationwide anti-regime protests in November are in immediate danger. For example, the 5th section of the Greater Tehran Prison is allocated to those arrested during November 2019. Several among them are already infected with the coronavirus. As of Sunday evening, March 1, more than 40 inmates of the 5th section were quarantined in the hospital due to infection. Out of hostility towards the prisoners, the regime’s judiciary is still not agreeing to temporary leave, which endangers all prisoners with the possibility of infection.

On Friday, February 28, Amnesty International called for urgent action to save the lives of three protestors who took part in November uprisings, Amir Hossein Moradi, Saeed Tamjidi, and Mohammad Rajabi. The organization added that the three had been tried in an unjust trial and have been tortured.

Amir Hossein Moradi, 25, who was sentenced to death, has contracted coronavirus in ward 2 of Fashfouyeh Prison in Tehran. The ward has not been disinfected and there are no medical equipment and supplies for the prisoners. Moradi was transferred to Khomeini hospital after contracting the virus but was returned to prison. He has been taken to an unknown location. He also suffers from paralysis and his immune system is severely weakened. His cellmates have all been quarantined.

At least seven inmates were infected with coronavirus in Karaj’s Qezel Hesar Prison as of last week. Not only have the authorities refused to take care of them, but they have also provided no information about their condition. The identities of three of them are Saeid Hemati, Meisam Monouri, and Mohammad-Hessam Rahimi.

Prisoners suspected of coronavirus infection are kept in public wards in Rajai-Shahr Prison in Karaj.

Ladies and gentlemen,
We warn that due to the inhumane conditions of the prisons, prisoners, especially political prisoners must be released immediately without any bail or conditions, otherwise the Coronavirus outbreak will cause a human catastrophe in prisons.

They must compel the Iranian regime to make public all facts and figures regarding the COVID-19 outbreak in Iran and provide them to relevant international organizations in order to save the lives of the people of Iran and other countries in the region. 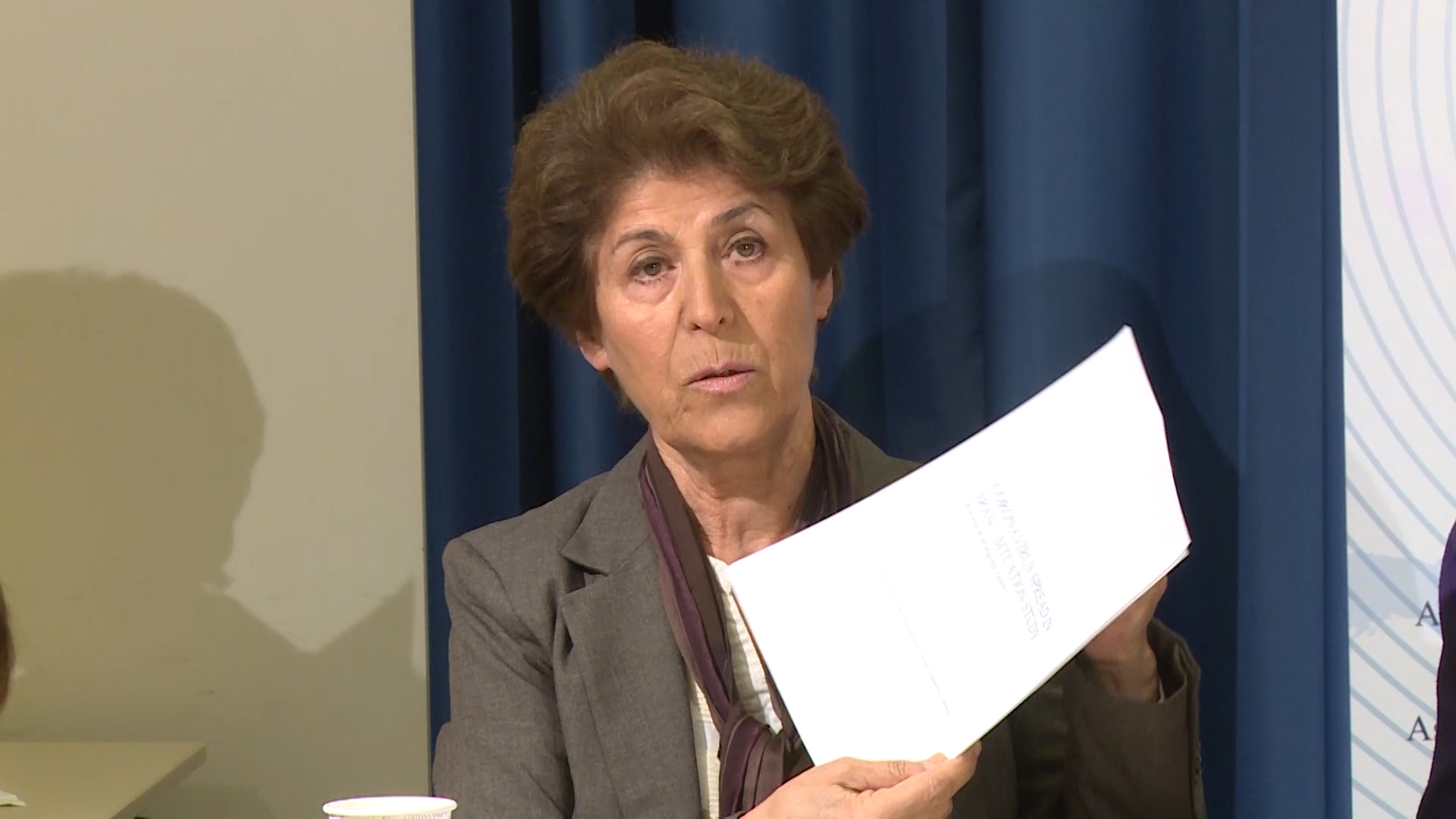 I was among 68 physicians, nurses and medical staff who prepared a thorough report on the spread of the Coronavirus in Iran. The report was sent yesterday to the WHO director. It is a study of how the virus found its way to Iran, how its existence in the country was hidden by the regime on political reasons, how it spread to all parts of the country from the city of Qom. And then, how it found its way to at least 14 foreign countries again because of the Iranian regime’s cover-up and negligence.

Our colleagues in Iran emphasize that the main reason for the rapid spread of Coronavirus in such a wide-scale has been due to the Iranian regime’s political considerations and lack of timely attempt to alert public couple with their incompetence to handle the crisis. They stress that the authorities make decisions, not on a professional basis, rather, political considerations and interests.

In such circumstances, while we praise the World Health Organization for sending a mission to Iran to help our compatriots, we are deeply concerned that the mission may not be able to conduct its task appropriately due to the Iranian regime’s concealment of the facts. Our report emphasizes:

– The rapid and wide-scale spread of the Coronavirus and the extremely high number of victims in a short period of time could have been avoided. The main reasons for the spread of the virus were ongoing contact with China during the outbreak in that country, not isolating the city of Qom and giving public alerts for political considerations.

– Due to hoarding and mismanagement, the hospitals suffer from basic material and required facilities to counter this catastrophe. Medical facilities are exclusively controlled by the Islamic Revolutionary Guards Corps (IRGC). Well-equipped hospitals and clinics are allocated to the regime’s officials, the IRGC members and the clergy affiliated to the regime.

– Concealment of the facts and repressive measures have contributed largely to the scale of the catastrophe. The regime refuses to announce the real figures for those infected or dead. The main task of the IRGC and its affiliated forces in these circumstances is to maintain control over the society and crackdown of any possible public protest.

We called on WHO to take necessary measures so that the efforts supervised and led by the body would, first of all, enlighten the world of the facts concealed by the regime and secondly, adopt measures so that the aid would be provided to public independent from the Iranian regime’s instruments. As such, hundreds of Iranian physicians and medically trained individuals are ready to cooperate in every way with the WHO’s efforts.

Previous article
Iran: Coronavirus Casualties in 160 Cities Are at Least 3650
Next article
Attack in Iraq Kills U.S. and UK Troops, Iran-Backed Militias Might Be Involved