Is Ebrahim Raisi the Savior of Iran’s Regime? 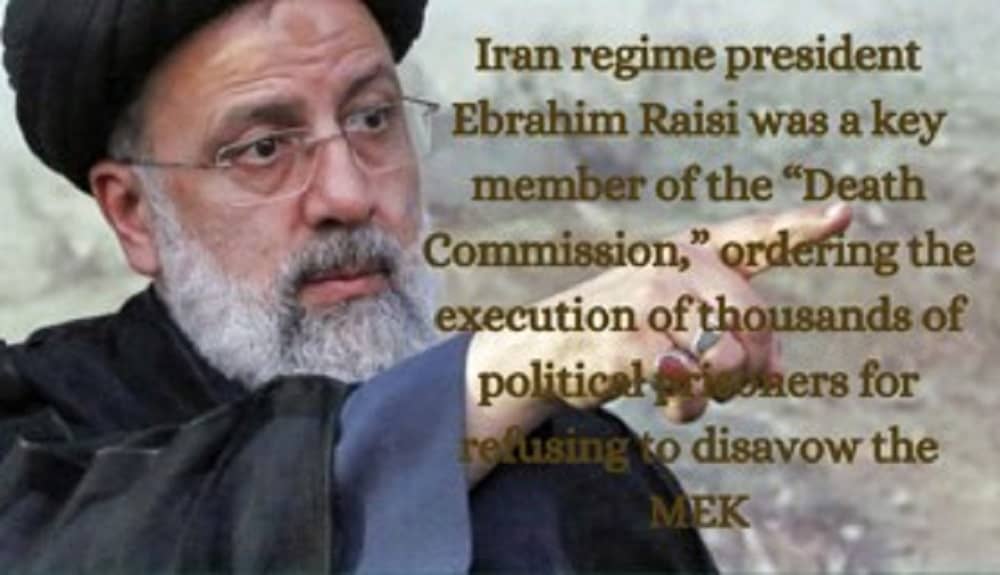 Ebrahim Raisi was inaugurated on August 5 while the social, economic, and international crises overshadow the entire regime.

The regime’s Supreme Leader, Ali Khamenei, chose Raisi and his regime’s next president despite Raisi’s dark record of human rights violations. Many international human rights organizations have called for his prosecution due to his role in the 1988 massacre of 30,000 political prisoners.

Raisi’s inauguration happened days after dozens of protests across Iran. These protests, which first began in Khuzestan over water shortages, soon became political, with people chanting “death to the dictator.”

Raisi became the regime’s president through an undemocratic process. The Iranian people boycotted the regime’s sham election, and the mullahs’ acknowledged they had recorded the lowest election turnout since 1979.

Fearing people’s reaction to Raisi’s inauguration, the regime closed the capital, and the security forces were stationed on the streets.

Raisi’s inauguration ceremony also showed the regime’s deadlock. Mohammad Bagher Qalibaf, the Parliament Speaker, and Gholam-Hossain Mohseni-Ejei, the head of the Judiciary, only referred to the current economic and social crisis and did not offer any solution.

Ghalibaf blamed the previous government’s “inefficiencies” and advised Raisi to start the “new era of efficient management.” Yet, Ghalibaf refused to say how Raisi could have an “efficient management” with the regime’s institutionalized corruption?

Ejei also suggested that Raisi should “control inflation, reduce unemployment and support people.” How could someone like Raisi, who only knows “execution and prison,” according to the regime’s former president Hassan Rouhani, could support people. How could Raisi boost the Iranian economy while during his validation ceremony by Khamenei, acknowledged that the government has a “450 trillion budget deficit,” and how people are being crushed under “44% inflation and 680% liquidity.”

Raisi’s speech during the inauguration ceremony showed the depth of the regime’s crisis. He blatantly said: “I support global peace.” Yet, he soon reiterated his support of terrorism around the globe and that “no matter where they are, whether in the heart of Europe, the United States, Africa, Yemen, Syria, or Palestine,” he would support the regime’s terrorist proxy groups. While people in the region suffer from the regime’s warmongering policies, and the Iranian people pay the price of the regime’s proxy wars, Raisi claimed the mullahs’ regime “creates security in the region.”

The U.S. and the European Union sanction Raisi for human rights violations, and his role in the 1988 massacre is undeniable. Yet, he blatantly called himself a “human rights defender” during his inauguration.

Raisi and other regime officials’ remarks on August 5 reflect the regime’s deadlock. The regime is in a critical situation and has no solution for the economic collapse, international isolation and social crisis, and restive society with its ongoing protests. In other words, Raisi is not the regime’s savior, and his presidency is the last nail on the regime’s coffin.