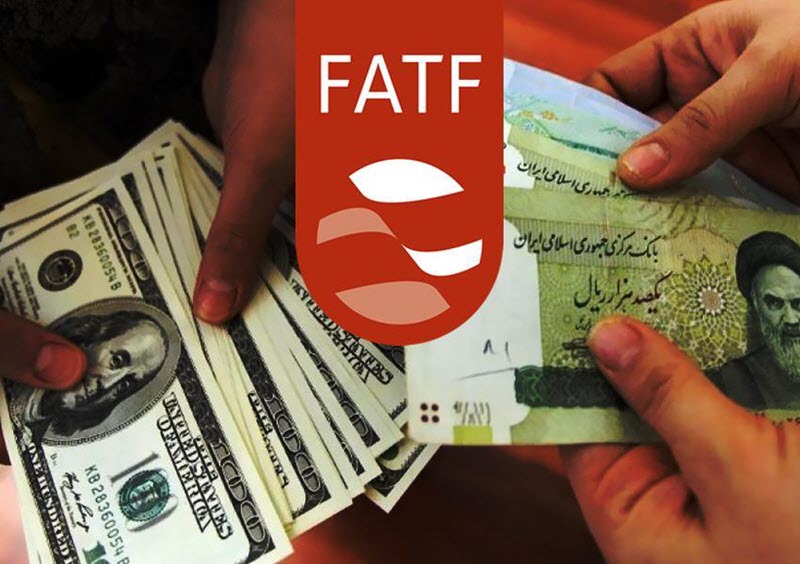 Money laundering is generally used to cover up the actual sources of income for whoever the “demandants” are, and to basically wipe off anything that traces back to them. In a way, it can be considered as a side crime for a bigger crime.

According to a recent report from Switzerland’s “Basel” institute, Iran has the highest risks of money laundering amongst all other countries.

In fact, the anti-money-laundering Body has given Iran only until February 2019 to complete certain reforms which are aimed to bring it in line with global norms. If Iran doesn’t comply by then, it will be black listed.

If black listed, Iran will suffer from great financial losses because all its investments, trades, and fund transfers will be negatively impacted too. In which case, the newly planned “mechanism” of the European Union (which is aimed to protect the Joint Comprehensive Plan of Action) will also be affected.

Iran’s regime has been attempting to implement the Palermo bills and thereby, comply with the Financial Action Task Force (FATF), but these attempts have been blocked by the Guardian Council as well as the Expediency Discernment Council itself.

Where did these conflicts begin?

They began when Iran’s Foreign Minister himself implicitly stated that those who profit from money laundering engage in “propagandas and false advertisements”, and that is partly why the regime can’t comply with the Palermo bills and the FATF.

Zarif recently commented in this regard (November 12th, 2018): “Money laundering is real because many people profit from it. I don’t want to name any names but those who launder billions of Tomans clearly have the power to spend just as much money on their own propagandas”.

Zarif’s words triggered a harsh reaction from many, including a number of fundamentalist representatives who have recently started a petition for Zarif’s interpellation - asking him to provide evidence for his claims and labelling his words as fuel to fire of “revolution enemies”,

Masoud Pezeshkian, the Vice Chairman of the regime’s parliament adds: “we cannot only blame the government. The parliament and the judiciary system are also to blame”.

The regime’s president, Hassan Rouhani himself, clearly also confirmed Zarif’s claims regarding money laundering, but with his own twist on them: “show me a country that’s free of money laundering and corruption”. (November 30th, 2018).

But the question one must ask is where Iran’s corruption stem from? We all know that the answer is the Supreme Leader, Ali Khamenei.

Khamenei is at a difficult crossroad now. Whilst he tries to avoid the trap of an international agreement, he is left with no choice but to join the global fight against money laundering; doing which is amongst many other factors that will ultimately destroy the regime of mullahs.

The purpose of the US Department of Treasury or other international organisations of the recent sanctions (including oil) is to cut Iran’s financial ties with terrorist groups such as Hezbollah, Quds, and so forth.

Clearly, Iran’s regime is in a big crisis now, which has also been made evident in the ongoing protests of many people in the streets.