Iran: Corruption Is Part of the System 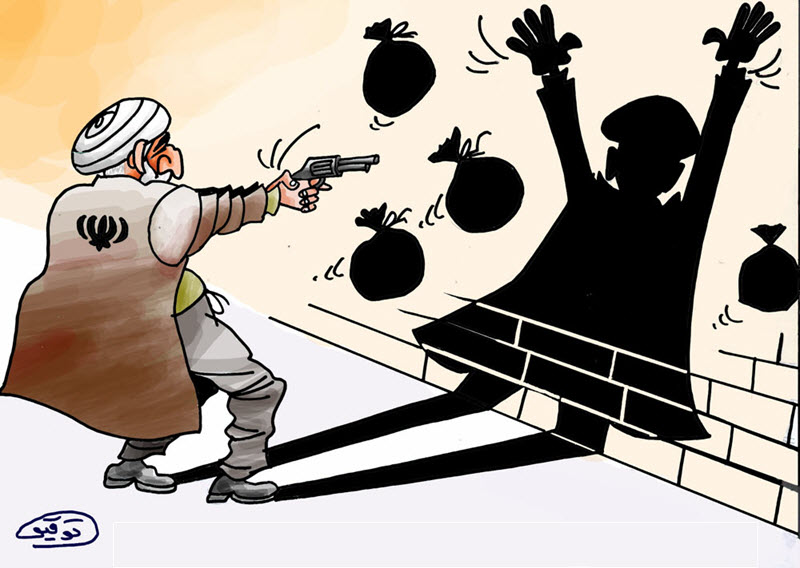 Around this time last year, the people of Iran took to the street in protests against the Iranian regime. They have been continually bringing up the issue of corruption within the country’s leadership. Leaders and officials at all levels are involved with corrupt practices and the people want them to be held accountable.

On a global scale, Iran is one of the most corrupt countries in the world, especially when it comes to money laundering.

Regime officials are also starting to admit that corrupt practices are rife in Iran. Making the situation especially frustrating is that the people are dealing with terrible social services, purchasing power is declining rapidly and poverty is on the rise. However, one thing that remains constant is that the pockets of officials are well-lined.

Obviously, because of the very nature of the corrupt activity, it is impossible to put a figure on the amount of money that is laundered every year, but one thing is sure – it is a very large amount. The vice president of the Iranian Chamber of Commerce Pedram Soltani has said that around $35 billion has been laundered, but others suggest the figure is much higher.

Another major issue is smuggling. It is estimated that almost half of the goods imported into Iran are brought in by smugglers.

Iranian officials must be held accountable for letting this happen. The notorious Islamic Revolutionary Guard Corps (IRGC) has many questions to answer. It controls a huge part of the country’s economy and it is being given a free hand.

Iran regime’s Minister of Foreign Affairs, Mohammad Javad Zarif, recently admitted during an interview with state media that “Money laundering is a fact in our country”. He added: “I know people who, for example, earned a profit of 30 trillion tomans ($7 billion) in a transfer deal.”

But other officials have become very defensive following the foreign minister’s comments. Karimi Ghoddoosi, a member of Iranian Parliament, suggested that the claims made by Zarif are exaggerated and said that he should be prosecuted if he cannot provide evidence.

Others suggested that Zarif is not qualified to comment on the situation because money laundering has nothing to do with foreign policy – rather it is something that internal affairs must deal with.

There is much discussion about the country’s future with regards to its compliance with global anti-money laundering regulations. Several officials are keen to adopt laws that would bring them into compliance with what is required by the Financial Action Task Force (FATF). Regime’s President Hassan Rouhani caught in impasse and encircled with crisis after crisis as a result of corruption and sanctions said that the country must become compliant, whereas other officials are trying to put a stop to the associated bills. Shunning these global regulations will do nothing more than isolate Iran.