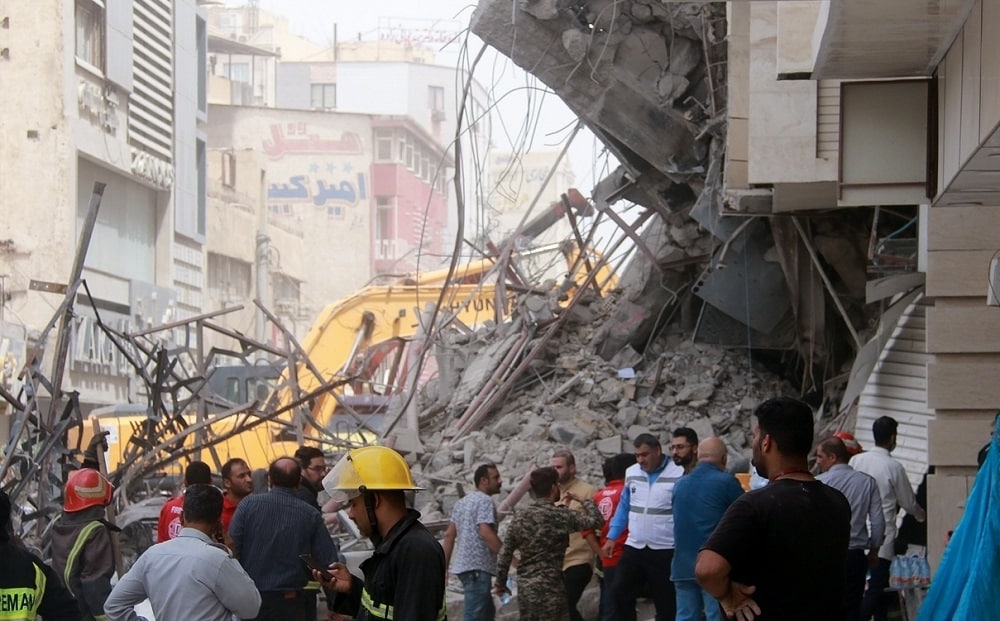 According to the state-run media, yesterday, the incomplete 10-story metropolitan building in Abadan collapsed, leaving seven dead, and 30 injured, until Monday, May 23, 2022. More than 80 remain under the rubble.

The state-run media acknowledged that a year ago, experts had warned that the building might collapse due to the weakness of its structures, but regime officials ignored the warnings.

For several hours after the building collapsed, regime agencies did not take effective action to rescue the injured, and people rushed to aid those trapped under the rubble empty-handed using basic equipment. The enraged people of Abadan gathered in front of the collapsed building and protested, chanting, Abadan is mourning today because those responsible are not doing their job.

The mayor of Abadan went to the scene hours after the incident, but angry residents attacked and forced him to flee. Local people said that the corrupt mayor benefited from issuing a construction permit for the building despite many obvious technical problems.

Mrs. Maryam Rajavi, the President-elect of the National Council of Resistance of Iran (NCRI), offered her condolences to the victims’ relatives and the people of Abadan for the tragic loss of life and wished those injured a speedy recovery. She stressed that the regime and its policies were to blame for such disasters.