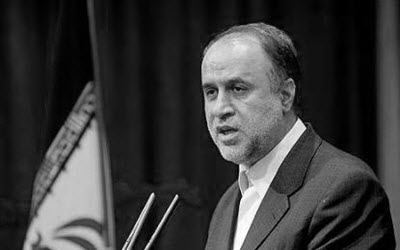 NCRI – The Iranian regime’s former Minister of Education announced that the country’s economy is on the verge of collapse and that not all problems related to the dire economic situation were the byproduct of international sanctions.

The Fars News Agency, affiliated with the regime’s Revolutionary Guards (IRGC), reported on Thursday, April 21, that Hamidreza Haji-Babai noted in his speech in Arak, central Iran, that the “country’s economy is on the verge of a stroke. We are facing stagnation, and we are not in good shape.”

Haji-BabaI, who in addition to being a minister was a legislator of the regime for 20 years, made the following assessment of the regime’s economy: “We should note that not all the problems are related to the sanctions. Just 30 percent of our problems are due to sanctions and the remaining 70 percent have to do with management.”

In an editorial on April 18, 2016, The New York Times pointed out that the Iranian regime should primarily blame itself for its economic problems due to a corrupt financial system and support for terrorism.

The New York Times added: “Most American sanctions remain in place because of Iran’s involvement in terrorism and human rights abuses and its testing of ballistic missiles. Iran knew that lifting all American sanctions was never part of the nuclear deal. This means American companies are still banned from doing business in Iran, except for trade in civil aviation, carpets and agricultural products.”