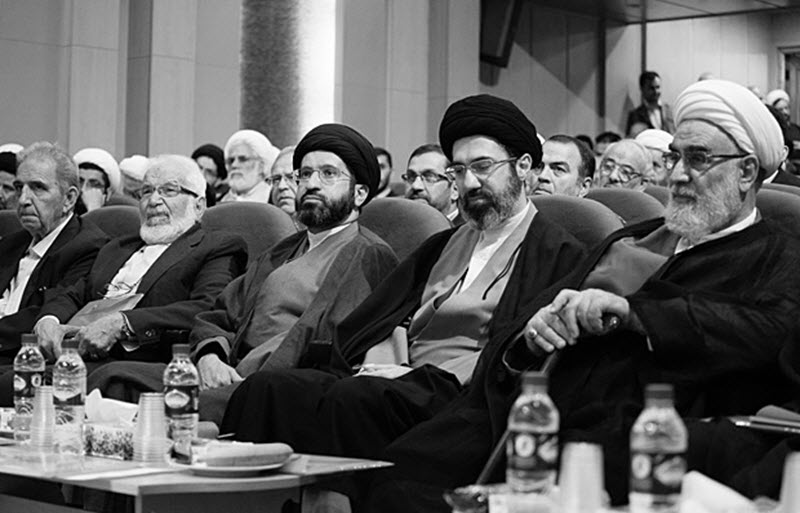 Anger and resentment towards the Iranian mullahs from the general public have risen to unprecedented levels over the past few years, even among the poorer Iranians who typically make up the Regime’s base, leaving the theocracy in danger of an imminent collapse.

So, the mullahs are attempting to cover up four decades’ worth of corruption, kleptocracy, nepotism, and mismanagement with misleading statements or blatant lies to try and pretend to the Iranian people that the Regime leaders are no better off than the people or that the mullahs are doing such a great job that the people shouldn’t be mad.

The Supreme Leader is not a pauper

Mohammad Mohammadi Golpayegani, the head of the Supreme Leader Ali Khamenei’s office, recently asked the youth to “appreciate the mullahs” during a meeting with younger mullahs.

He claimed that Khamenei would gladly travel around in a Paykan – a cheap Iranian-made car that is used by those on low incomes, but is notoriously insecure – if not for security concerns. So, its safe enough for the poor to use, but not for Khamenei? Golpayegani also claimed that Khamenei pays back the money spent by his office on fuel and car repairs, which hardly anyone actually believes.

Then he moved on to his biggest lie, that Khamenei’s children actually rent, rather than own, their homes. Something he supplemented with the strange idea that they even pay for photocopies made in the Supreme Leader’s office.

Now, Khamenei actually has a personal fortune of at least $95 billion, which is mainly held in an organization called “Execution of Imam Khomeini’s Order”, so it seems beyond strange that his children would not own their own homes. Of course, Golpayegani’s comments were lies. Khamenei’s children have billions of dollars in British, Syrian, and Venezuelan banks, according to the Al-Quds Al-Arabi website in 2015.

Tehran’s temporary Friday prayer leader Ahmad Khatami and former head of the judiciary and chairman of the Assembly of Experts Mohammad Yazdi have recently claimed that Iran’s living standards have improved since the Regime took power.

Yazdi even said: “In the past 40 years, we’ve contributed the equivalent of 400 years to this country and we’ve advanced equal to 400 years.”

This is not true, as 80% of Iranians now live in poverty and the past year has seen mass anti-regime protests by people who have nothing to lose. Hundreds of thousands of workers have come out to decry their living conditions on poverty pay. These protesters were clear: they wanted the regime gone.
This is why the regime is so desperate to cover up their crimes, but ultimately this will be a failed endeavour.