Iran regime MP: A million people have lost their jobs under Rouhani 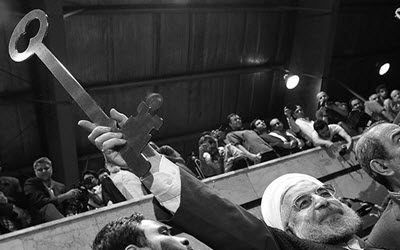 NCRI – A member of the Iranian regime’s Majlis, or Parliament, has heavily criticized the economic policies of Hassan Rouhani’s government, pointing out that under his presidency there have been more than one million job losses in Iran.

“During Rouhani’s term in office more than 15 thousand industrial and manufacturing units have been completely shut down and the remaining units are active with less than 50 percent of their capacity,” Mohammad Soleimani told the state-run Fars News Agency on Tuesday, May 17.

He added: “Three years into Rouhani’s presidency, the number of unemployed people has climbed by about one million. The employment condition in the country is currently critical and as the Minister of Labor lately said, every five minutes one person becomes unemployed.”

This member of the fundamentalist regime’s Majlis also alluded to a recession in the construction industry.

“In the current situation, the housing sector has completely slipped into deep recession. Some industries such as stonecutting and mining are reported to be at a crisis point; however there are still high amount of taxes levied on them. Additionally, these sectors are obliged to adjust their labor force and sack workers in order to compensate for the decline in revenues and to reduce the increasing pressures exerted by the government,” he added.

The Iranian regime’s former Minister of Education announced on April 21 that the country’s economy is on the verge of collapse and that not all problems related to the dire economic situation were the byproduct of international sanctions.

Hamidreza Haji-Babai, who in addition to being a minister was a legislator of the regime for 20 years, made the following assessment of the regime’s economy: “We should note that not all the problems are related to the sanctions. Just 30 percent of our problems are due to sanctions and the remaining 70 percent have to do with [mis]management.”

The regime’s First Vice President said in January that the regime is faced with a variety of economic crises which could lead to “threats” against the regime by Iran’s young restive population.