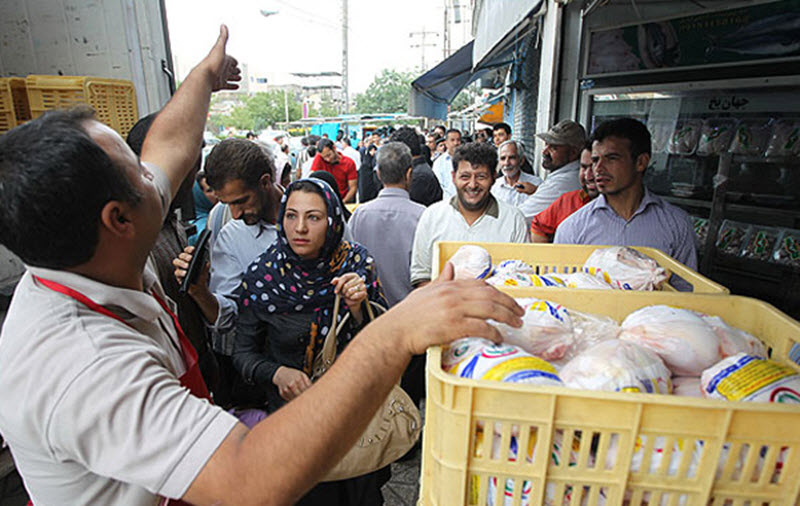 The Iranian regime’s Parliament Research Centre published a report on Thursday, January 24, which advised that the Iranian economy will have a negative rate of growth of -4.5 to -5.5 per cent, depending on which economic scenario might happen.

According to their assessment, if Iran exports 1.9 million barrels per day (bpd) of oil and natural gas condensate over the next year, then their economy will only see a -4.5 per cent growth, but if Iran’s exports drop to 1.5 million bpd, the rate of growth will be -5.5 per cent.

It should no longer be considered news that the Iranian economy is seeing negative growth rates and is in a critical state because there is nothing ‘new’ about it, but these scenarios are too optimistic to be entirely based in reality; although they are certainly more truthful than President Hassan Rouhani’s previous promises of 4 per cent economic growth.

The reality is that by October 2018, Iran’s oil exports had already dropped to 1.1 million bpd, and there is every indication that this has further declined since US sanctions on Iranian oil came into place in November. While for petrochemical and natural gas condensate, the sum exported from Iran last month was zero.

The World Bank advises that per capita GDP in Iran has declined in real terms by more than 30 per cent since the mullahs took power.

The Iranian people are inevitably the most sorely affected by the failing economy, which has even led MP Mohammad Reza Sabbagihan to advise that prices of basic goods have risen by up to 200% in recent months and economist Farshad Momeni to say that the poverty line has risen by 20 per cent in the past year.

But the Regime is doing nothing to resolve the situation as any action that they could take (i.e. ending support for terrorist groups, pulling out of Middle East conflicts, ending their nuclear weapons programme) would undermine their existence and result in less profit for the Regime’s leaders.

Supreme Leader Ali Khamenei has a financial empire worth some $95 billion, while parliament speaker Ali Larijani and foreign minister Javad Zarif also have personal fortunes worth tens of millions of dollars, all amassed through various shady means.

No wonder the Iranian people are protesting in favour of regime change.