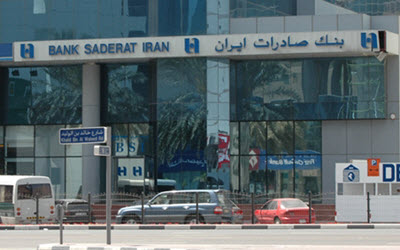 NCRI – Following its 282 percent loss in the stock exchange, it’s now more likely that Iranian regime’s Saderat Bank be delisted from the market and relegated to off-exchange trading, while the bank’s investors are blocked from trading the bank shares.

According to state-run ‘Nasim Online’ news agency, after Saderat Banks shares fell 282 percent in the last month of previous Persian year (March 2017), the possibility of the bank being delisted from the stock exchange and transferred to off-exchange market has strengthened. The bank shares fell following a disagreement between the Auditing Organizations and the Central Bank over Saderat Bank’s balance sheet.

Meanwhile, assets of Saderat Bank’s retail investors have been blocked ever since the bank held its annual general assembly, which led to the bank’s index being stopped in the stock market.

Earlier, shareholders of two other banks, namely Tejarat and Mellat, were also blocked for a few months from trading the two banks’ shares, but the shareholders could resume trading after the two banks’ stock symbols were reopened before the beginning of the new year (April 2017).

Meanwhile, Director-General of Tehran Stock Exchange ‘Hassan Ghalibaf-Asl’ has pointed to the possibility of delisting Saderat Bank from the stock exchange and relegating it to off-exchange market, saying “the end-of-year report of the companies should be released so my colleagues can review the companies’ performances. A report on the companies that are likely to be delisted will be brought to the admission board. My colleagues will not only review Saderat Bank’s performance, but the performance of all the companies listed in stock market. We should however wait until next month so we can make any comment.”