Iran: Traders Are in Tremendous Trouble Due to Sanctions 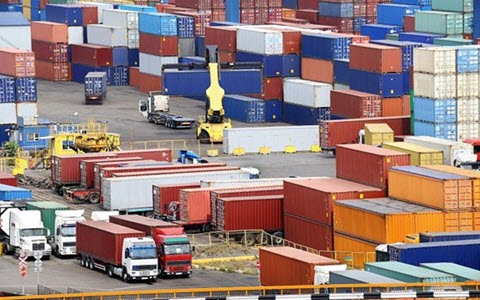 NCRI – Among the exporters’ problems are the impracticality of transferring money, for example, from Russia to Iran, and receiving visas for economic agents to enter Qatar, and Iran is still having difficulty with transferring foreign exchange earned from its exports, according to the state-run Mehr news agency.

The source added, “First, you have to send a draft to Dubai, then to Malaysia and from Malaysia to other target countries, and this will cause a lot of problems.”

In a news conference on September 3, Mohammad Reza Farshchian, deputy of Iranian regime’s Association of Exporters, pointed out to another part of the exporters’ problem saying that the obstacles to transferring money did not allow Iranian exporters to take advantage of the ban on the import of fruits, vegetables and dried fruits from the EU and Turkey into Russia and enter the Russian market.

Mostafa Mousavi, another official of the association announced in the meeting the existence of a “goods clearance mafia in Iraq,” saying that this would increase the costs for the exporters.

Following the imposition of banking and monetary sanctions four years ago by the United States and the European Union and the closure of the World Wide Transfer Network on the banks of the Iranian regime, the transfer of currencies from the sale of oil and goods from abroad to the regime’s Central Bank was almost stopped.

In the course of the year, the transfer of foreign exchange earnings from oil sales to China and India was particularly problematic for many years, and this issue is still not quite normal.

Foreign banks are concerned about the deal with Iran due to possible U.S. fines and, on the other hand, the non-alignment of the regime to the standards of the special financial action group on combating money laundering.

The Special Action Group for the International Financial Action Task Force is an international organization launched in 1989 with the support of the G-7, which aims to combat money laundering and terrorist financing in the world.

In March 2009, the group placed Iran on the blacklist along with Angola, Ecuador, Ethiopia, North Korea, Pakistan and Turkmenistan, although it announced in early summer 2016 that it was seeking to review Iran’s progress in implementing the financial action plan thereby suspending the restrictions on Tehran for one year. Suspension of these restrictions was extended for another year in the summer of this year as well.

The implementation of the regulations related to financial action group would close the regime’s hands to sponsor terrorist groups such as Hezbollah, so they are not willing to enforce the rules of this group, and the regime leaders have repeatedly stated that helping these groups continue to be the “red line of the regime.”

Kamran Naderi, director of Islamic Monetary and Banking Research Group at the Central Bank of Iran, said on 20 May 2017 that “failure to comply with anti-money laundering and terrorist financing regulations has put our banks in serious trouble.”

Previous articleInternational Federation of Workers Criticizes Iran Regime’s Way of Dealing With Sugar Cane Company Workers
Next articleIran: Uprising and General Strike of the People of Baneh in Protest at the Killing of Porters