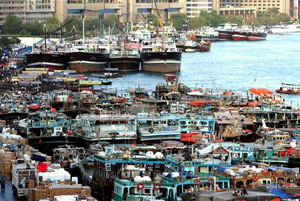 U.S. Treasury Undersecretary for Terrorism and Financial Intelligence David Cohen testified before a session of Senate Banking Committee on the effectiveness of existing sanctions, saying Iran is exporting less than half of the oil it was in 2012 and only to six countries.

“Because Iran cannot access Western technology and services, and because it has been forced to sharply cut its oil exports, we have also seen a significant decline in its production of oil,” he testified.

Under the terms of an agreement reached in November 2013 the Iranian regime is allowed some oil exports in exchange for commitments to curb some of its nuclear research activity.

Recently, Mohsen Rezaei, secretary of the Expediency Council, said exports have since dropped by 1.5 million barrels per day and inflicted more than $100 billion in revenue losses.

Meanwhile, as the downward trend in oil prices on the world markets continues, the Iranian regime is lowering the crude price for this year’s budget to $40 a barrel.

The Iranian regime had based its budget for the current Iranian calendar year ending March 20 on oil price of $100 per barrel and exports of about one million barrels per day.

In 2015, assuming that Iran would export one million bpd and that oil prices would be around $ 40 a barrel, Iran’s oil revenues will be around 15 billion dollars (less than one forth compared the oil revenues of the country in 2013).