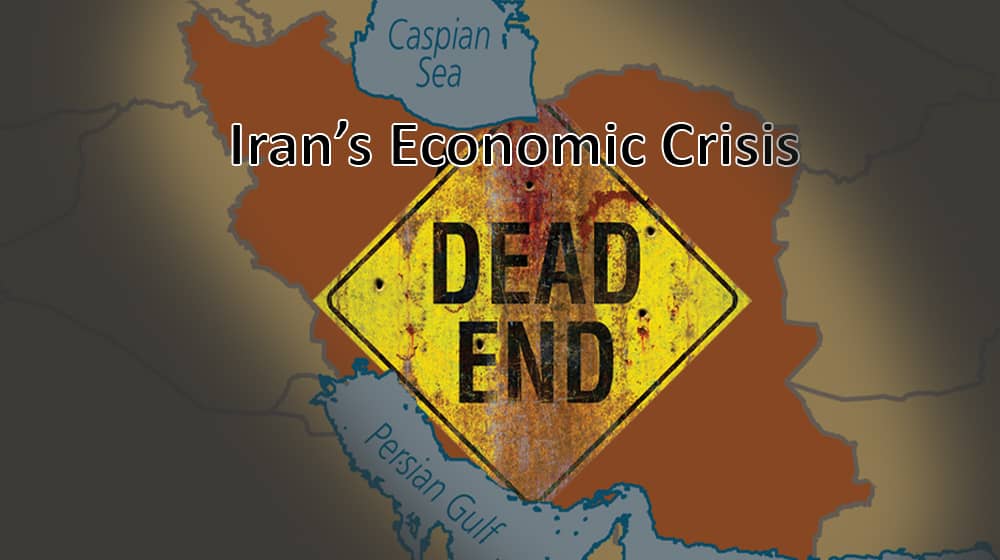 Iran’s sham presidential election ended on June 19. As forecasted, the regime’s supreme leader, Ali Khamenei, pulled Ebrahim Raisi out of the ballot to consolidate his regime. The question is, how could Khamenei, Raisi, and the entire regime resolve economic crises, which endanger their “security”?

Iran’s economy is on freefall due to the regime’s institutionalized corruption. Therefore, economic resilience is an important economic indicator. Economic resilience is the ability of an economic system to overcome problems and obstacles that have arisen and prepare the necessary preparations for overcoming the crises.

According to the regime officials and state media, Iran’s economic resilience under the mullahs’ regime is in a deplorable situation.

“For the first time, Iran is among the three countries with the worst performance in the resilience index and ranks 128th out of 130 countries surveyed. Haiti and Venezuela are less economically resilient, while Chad, Ethiopia, Lebanon, Mali, Mozambique, Nicaragua, and Honduras have a higher economic resilience than Iran,” wrote the state-run Eskenas daily on June 19, quoting Tehran Chamber of Commerce.

It is worth noting that the regime’s outgoing president had victoriously claimed that “we prevented the country’s economy from being like Venezuela.”

Iran’s economy is suffering from corruption and has the lowest production rate. Many Iranians are unemployed, and factories are closed. Due to the regime’s wrong economic policies, such as banknote printing, Iran’s inflation rate is rising, and people face skyrocketing prices.

“We have a high rate of underemployment in many areas, and unfortunately, we hear disturbing news. People cannot manage their families with their current employment. As a result, many people have two or three part-time jobs so they could make ends meet,” wrote the state-run Eghtesad-e Pouya on Tuesday, June 15, 2021.

The regime’s new president, Raisi, claimed during the presidential debates that he would reopen many factories. However, the regime’s economists debunked this bogus claim underlining that these factories were not closed voluntarily. Instead, they were closed due to economic problems and a lack of support.

Many Iranian factories, with decades of experience, have been closed in the last few years. “According to a shocking statistic, more than 1,460 factories were closed by banks in 2022 due to debts. This has led to the closure of the production line and the unemployment of many workers,” the Eskenas daily wrote on June 20.

“More than 50% of the country’s industrial and production units are closed,” Meysam Zali, former secretary of the production facilitation and removal of barriers, said in 2019.

“One of the biggest reasons for the collapse of part of the production and closure of more than 40,000 industrial units and factories has been uncontrolled imports,” said Javad Karimi-Ghodousi, one of the regime’s MPs.

Another problem of Iran’s economy is the lack of foreign investment. “According to the latest UNCTAD report, the value of the foreign direct investment in the world last year reached $ 999 billion, of which only $ 1.342 billion, or 0.13%, was made in Iran,” wrote the state-run Radar-e Eghtesadi on June 24.

Hossain Raghfar, one of the regime’s economists, in April 2020, said: “While $20 billion disappeared from the country during a major corruption scandal, today we ask the World Bank to give us $5 billion. Yet, no one is accountable for this.”

The corrupted mullahs’ regime has plundered Iran’s national wealth within the last 40 years. Iranians are right now experiencing high inflation due to the regime’s corruption and wrong policies. One of the main reasons for Iran’s rampant inflation, according to the regime’s economists, is “Inefficiency of financing method and budgeting system of the country and pressure of budgetary tasks on the resources of the banking network to compensate for the chronic and structural budget deficit of the government”

While Iran is facing dire economic crises, Khamenei selected Ebrahim Raisi, who has a very low education level and knows nothing of economics but plundering people.

Freydoun Khavand, one of the regime’s economists on June 23 underlined that Raisi “Raisi does not know the root causes of Iran’s economic decline over the past four decades, his economic discourse does not go beyond the line of unsupported promises, and he offers ways to fulfill those promises that have been repeated for years.”

“Now, before taking office as President, we remind you of the main challenges of the economy, and we announce, without previous warning, it is too late to build the economy today,” Eskenas daily wrote on June 20.

It has been only a few days since Raisi has become the regime’s new president. But state-run media and officials explicitly speak of his lack of knowledge and willingness to resolve the economic crises. These articles and warnings reflect the Iranian people’s historic no to the regime by boycotting its sham presidential election. This nationwide boycott showed Iranian people consider the regime as the root of their problems.