The Member of the Chamber of Commerce, “No Foreign Bank Will Cooperate With Iran Even After Iran Deal” 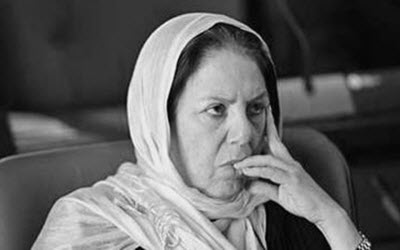 NCRI – The Chairman of the Investment Commission of the Chamber of Commerce, Ferial Mostofi, announced that except for some small and medium-sized banks, no major international bank has offered its cooperation with Iran.

As the state-run Donya-e-Eghtesad (the World of Economy) News reported, on April 12th, 2017, the Investment Commission held its first summit after the New Year to investigate the factors influencing investment from the perspective of the international community, as well as the best strategies to attract foreign investment after the lifting of sanctions. In this meeting, Mostofi referred to all the unsolved problems originating from the sanctions, as well as their impact on all economic issues in Iran. She stated that the necessary conditions are not prevalent in order to identify the strategic sectors.

Mostofi also talked about the unsolved banking problems. She stated that except for some small and medium-sized banks, no major international bank has offered its cooperation to Iran.

In this regard, the Reuter’s journalist had earlier reported from reliable sources that the England Central bank still refuses to conduct any transactions with the Iranian banks. It has not opened a settlement account for Iranian banks, despite Iran Nuclear Deal, which was signed a year ago.

According to the news, the England Central Bank and other major European banks refuse to give any cooperation to Iran, because they are concerned about the possible feedback of the U.S. Earlier, the BNP Bank of France had to pay nine million dollars in fines, since it transacted with Iran and ignored the basic sanctions of the U.S.

The primary or non-JCPOA sanctions are imposed by the U.S. and they are related to the issues of terrorism, human rights, or ballistic missile programs. The European banks prefer not to enter into transactions related to Iran, since there are legal complexities in the texts containing the sanctions. Following Trump’s presidency, the major European banks have a fear of completing financial transactions with Iran.