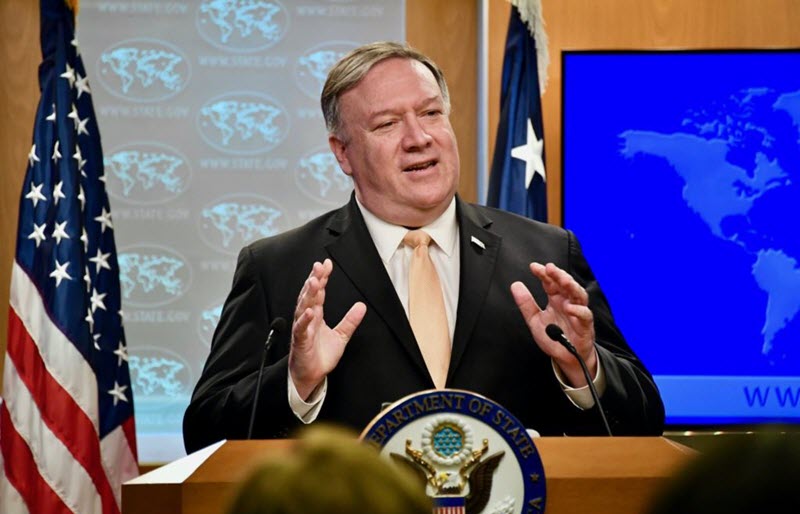 The United States said Monday that it will no longer exempt any countries from its sanctions if they continue to buy Iranian oil, stepping up pressure on the Iranian regime in a move that primarily affects the five remaining major importers: China, India, Japan, South Korea, and Turkey.

President Donald Trump made the decision as part of the administration’s “maximum pressure” campaign on Iran’s regime that aims to eliminate all of its revenue from oil exports that the U.S. says funds destabilizing activity throughout the Middle East and beyond.

“This decision is intended to bring Iran’s oil exports to zero, denying the regime its principal source of revenue,” the White House said in a statement.

Announcing the step, Secretary of State Mike Pompeo said no more sanctions waivers would be granted when the current batch expire on May 2, choking off the Iranian regime’s income that had been more than $50 billion a year.

“The goal remains simply: To deprive the outlaw regime of the funds that it has used to destabilize the Middle East for decades and incentivize Iran to behave like a normal country,” Pompeo told reporters at the State Department.

Maryam Rajavi, President-elect of the Iranian Resistance, on Monday responded to the U.S. decision, pointing out in a series of tweets that the Iranian people and Resistance have been calling for imposition of an oil and arms embargo on the mullahs’ anti-human, anti-Iranian regime for the past four decades.

The Iranian people and Resistance have been demanding the imposition of an oil and arms embargo on the mullahs’ anti-human, anti-Iranian regime since 4 decades ago.

Mrs. Rajavi also called for the establishment of international delegations to visit political prisoners in Iran, expelling the mullahs’ regime from the UN, recognizing the representation of the Iranian Resistance and evicting the regime and its forces from countries in the region.

Senator Ted Cruz (R-Texas), who had long lobbied for the step, applauded the end of oil waivers.

“This decision will deprive the ayatollahs of billions of dollars that they would have spent undermining the security of the United States and our allies, building up Iran’s nuclear and ballistic missile programs and financing global terrorism,” he said.