Us Sanctions Will Flatline Iranian Economy 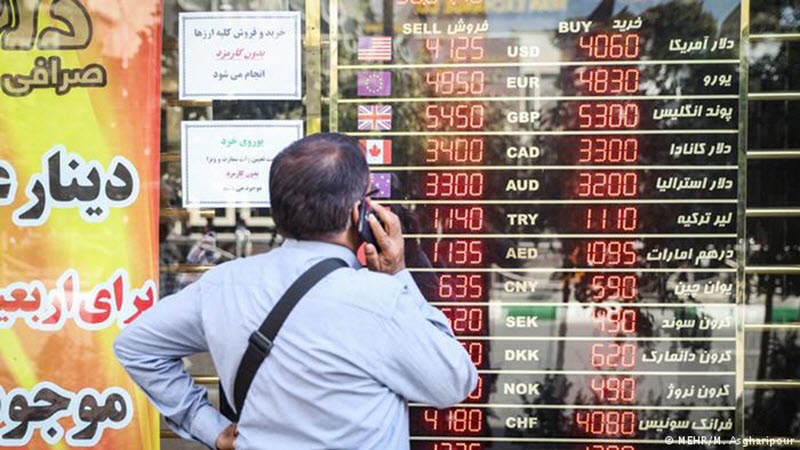 Since Donald Trump pulled the US out of the 2015 nuclear deal, his administration has imposed more non-nuclear sanctions against the Iranian Regime in an effort to cut off funding for their covert nuclear weapons programme and their malign military campaign across the Middle East, before nuclear sanctions snap back later this year.

On May 15, the US Treasury announced sanctions against the governor of Iran’s central bank for transferring millions of dollars to the terrorist cell Hezbollah on behalf of the Islamic Revolutionary Guard Corps. While these sanctions didn’t directly target Iran’s central bank, it should be noted that many transactions in Iran have to go through the governor, which effectively makes his role impossible.

Thanks to increased sanctions, many international companies are pulling out of their deals with Iran rather than face punishments from the US, like Denmark’s Maersk oil shipping container firm and French oil giant Total (if they can’t get a sanctions waiver). This is because the secondary sanctions allow the US to threaten punishments for foreign firms working in Iran, perhaps even barring them from the US financial market, which would be devastating for most companies.

And the US isn’t done yet. US Secretary of State Mike Pompeo said that Iran would face “the strongest sanctions in history” and “unprecedented financial pressure” unless the Regime complied with US demands.

The US is currently pressuring Europe to cut Iran off from the Swift network, which helps facilitate payments for imports and exports, which would also harm Iran’s economy.

The Iranian economy, already in disarray thanks to years of corruption and mismanagement by the Regime, has been hurt badly by the US withdrawal. In fact, before the actual withdrawal, speculation over what Trump would do cause the rial to lose a third of its value.

The Regime desperately needs the nuclear deal in order to keep itself afloat and are trying everything to keep Europe on board, but it may be better for the country as a whole if the economy worsened significantly. Once that happens, the Iranian people will be better able to stand up against the Regime as the mullahs will no longer be able to keep paying the suppressive security forces.

The Iran deal, formally known as Joint Comprehensive Plan of Action (JCPOA), was supposed to stop the threat of an Iranian nuclear bomb in exchange for international sanctions relief. Trump pulled out earlier this month, citing the many flaws with the deal.

Previous articleFuneral Ceremony for Three Martyrs of Kazerun Uprising, With Chants Of: Death to the Dictator
Next articleIran: Nationwide Truck Drivers Strike Continues for 2nd Day