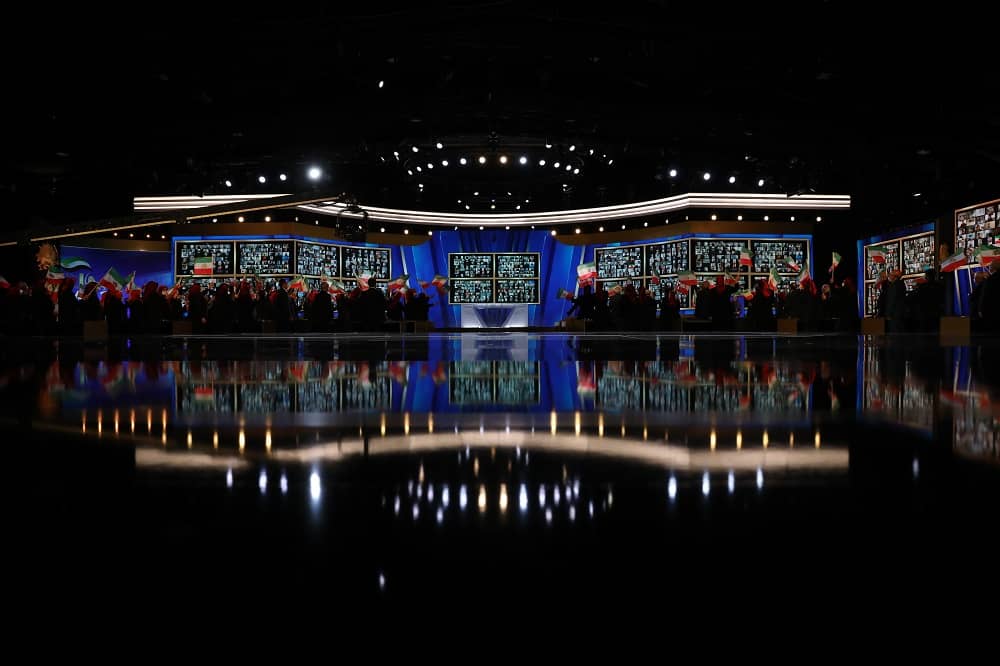 On Saturday, Sunday, and Monday, hundreds of thousands of Iranian expatriates in 105 different countries tuned in to a series of live-streamed speeches by high-profile politicians, freedom-loving people, and the supporters of the National Council of Resistance of Iran (NCRI). During the three-day Free Iran World Summit over 1,000 political dignitaries took part in the event as members of delegations representing the United States, United Kingdom, European Union, the Arab world, and beyond.

The keynote speaker of all three events was Mrs. Maryam Rajavi, the NCRI’s president-elect. On Saturday, those remarks largely focused on Iran’s domestic affairs and the perceived vulnerability of the clerical regime, but also touched upon the international community’s inaction vis-à-vis the ongoing human rights violations in Iran and export of terrorism abroad.

In this summit, which simultaneously commemorates the victims of the #1988Massacre, We call for the international prosecution of Khamenei, Raisi, and Ejeii for committing genocide and crimes against humanity #FreeIran2021https://t.co/uSt7yPHiNh

“The Western countries’ interactions with the mullahs’ regime have fed a vicious cycle of deception and appeasement,” Mrs. Rajavi said on Sunday, referring to the failed appeasement policy of those countries in dealing with the mullahs’ regime. The 2015 Iran nuclear deal, or Joint Comprehensive Plan of Action, is a prime example of that failed strategy, in that it gave away large-scale relief from economic sanctions in exchange for only limited restrictions on the regime’s nuclear program, with additional limitations on international enforcement mechanisms.

The Iranian regime never abided by its commitments under the terms of the JCPOA. In addition, the regime began a nuclear extortion plan by explicitly violating the deal, when in 2018 the US declared Iran to be out of compliance and halted American participation in it.

Since April, negotiations have been ongoing in Vienna with the aim of restoring the JCPOA and bringing the US back into the fold under its new administration. But there has been little to no apparent progress in that effort, and speculation abounds as to whether the existing deal will have to be abandoned and the process started over.

This weekend’s summit suggests that there is ample international support for that prospect. Many of the relevant speeches also highlighted changing circumstances inside Iran which could have a substantial impact on Western foreign policy decisions.

Mrs. Rajavi specifically recommended on Sunday that the lawmakers involved in those decisions should approach any new negotiations framework with the understanding that “the mullahs only understand the language of firmness and strength.”

In the interest of conveying that language, Mrs. Rajavi further underlined those Western powers aspire to “completely close down the regime’s bomb-making, enrichment and nuclear facilities,” “oblige the clerical regime to withdraw the Revolutionary Guard Corps (IRGC) from Iraq, Syria, Yemen, Afghanistan, and Lebanon,” and “oblige the mullahs to stop torturing and executing Iranians.”

The unique importance of this latter call was made clear by Mrs. Rajavi’s comments on Saturday, as well as by a variety of other speeches on both days. Many of those emphasized the geopolitical context of Iran’s June 18 presidential sham “election” which established Ebrahim Raisi as the regime’s new second-highest official following a campaign that was effectively uncontested. The process roughly masked Raisi’s direct promotion from the position of judiciary chief by the regime’s Supreme Leader Ali Khamenei. During his more than two years in the prior position, Raisi oversaw one of the regime’s worst crackdowns on dissent, thereby consolidating the legacy of his participation in a historic massacre of political prisoners.

Slovenian Prime Minister Janez Janša said in a speech at the Free Iran Summit on Saturday, “For almost 33 years, the world has forgotten 30,000 political prisoners the victims of the 1988 massacre. This situation must change. The UN Commission of Inquiry is crucial to shedding light on the horrific 1988 massacre. This is especially important given the fact that the next president of the regime will be Ebrahim Raisi, who Amnesty International accuses of crimes against humanity because of his role in this massacre.”

Indeed, Amnesty International responded to Raisi’s “selection” the day after it was confirmed, with its Secretary-General saying in a statement, “That Ebrahim Raisi has risen to the presidency instead of being investigated for the crimes against humanity of murder, enforced disappearance and torture, is a grim reminder that impunity reigns supreme in Iran.”

One common thread among many of the speeches comprising the Free Iran World Summit is a sense that these effects risk becoming worse in an era defined by Raisi’s presidency. But Mrs. Rajavi in particular emphasized that the regime’s effort to consolidate power among human rights abusers also represents a state of desperation and vulnerability which the international community should understand.

Mrs. Rajavi declared in her speech on Saturday that “Resistance Units” associated with the People’s Mojahedin Organization of Iran (PMOI/MEK) “doubled” their activity in 2020. Such escalation reflects the sociopolitical momentum created by two nationwide uprisings and countless other anti-regime protests. In January 2018, Iranians chanted slogans like “death to the dictator” in more than 100 cities simultaneously, and in November 2019 a spontaneous uprising brought the same slogans into the streets across nearly 200 localities all at once.

The latter uprising met with extraordinary repression at the hands of Raisi’s judiciary and other regime institutions like the Revolutionary Guards. Over 1,500 people were killed in a matter of only days, and thousands were subsequently tortured over a period of months. Nonetheless, renewed unrest spread across more than a dozen provinces once again in January 2020, signaling remarkable defiance of the regime’s repressive strategies. Insofar as Raisi’s appointment as president represents expanded commitment to those strategies, it also highlights the possibility of further clashes between the regime and its people.

Accordingly, Mrs. Rajavi’s remarks to the summit predicted that “hostility and enmity” between these two sides “will intensify more than ever before” in the weeks and months to come.  The international community should side by the Iranian people and do not recognize a mass murderer like Raisi.

“We urge the UN Security Council to arrange for the international prosecution of Raisi and to hold him accountable for crimes against humanity,” Mrs. Rajavi said on Saturday, adding: “The mullahs’ regime will never abandon acquiring nuclear weapons, export of terrorism, and warmongering in the region. Therefore, as the main threat to peace and security, it must be subjected to international sanctions under Chapter Seven of the UN Charter.”