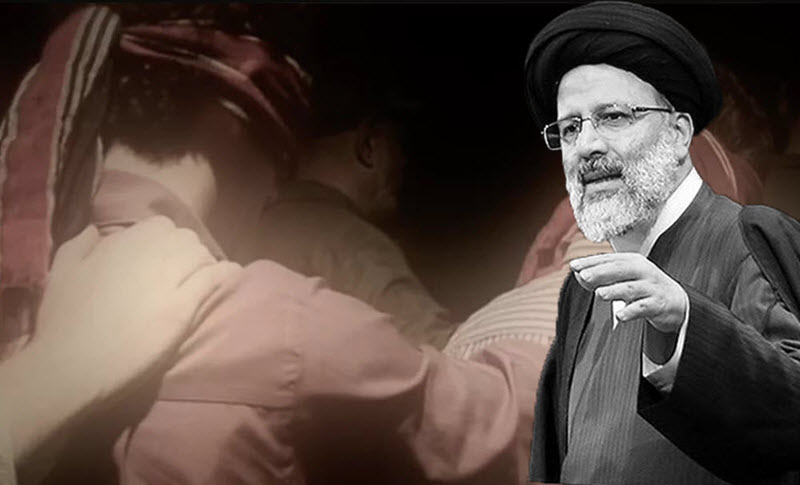 Written by Mansoureh Galestan on 05 March 2019.

One of the men responsible for the 1988 Iranian massacre of political prisoners has been appointed as the new Judiciary Chief by Supreme Leader Ali Khamenei.

Ebrahim Raisi, who replaces Sadeq Amoli Larijani, sat on the Tehran Death Committee with Iran’s former Justice Minister Mostafa Pour Mohammadi, and sent tens of thousands of political prisoners to the gallows for refusing to denounce their political affiliation to the opposition group, the People’s Mojahedin Organization of Iran (PMOI/MEK).

The appointment of Raisi, who was Khamenei pick for President in 2017 and has been tipped as a possible successor to him, was confirmed on Sunday by spokesperson for Iran’s Judiciary Gholamhossein Mohseni Ejei, while Yahya Kamalipour, a member of the Parliament’s judiciary committee, said that Raisi will be officially introduced on Thursday, March 7. This appointment is to a five-year term, which can be renewed.

Given Raisi’s links to Khamenei’s faction, it is surprising that many in the President Hassan Rouhani faction are supporting his appointment, including Mostafa Tajzadeh and Mahmoud Sadeghi, who both sent tweets in favour of him. However, it is likely that they are trying to avoid another rift in the Regime that could see the whole thing come crumbling down.

These Death Committees formed in 1988 after then-Supreme Leader Ruhollah Khomeini issued a fatwa calling for the elimination of all MEK political prisoners. They held kangaroo trials that lasted three minutes on average with often just one question: Do you still believe in Mojahedin? Some 30,000 death sentences were handed down and carried out across Iran in just a few months.

Raisi, the Deputy Prosecutor of Tehran in 1988, has been identified by numerous survivors as one of the key people involved in ordering the executions and was even named by Khomeini’s former deputy Ayatollah Hossein-Ali Montazeri in his memoir.

In a leaked audio recording from 1988, Montazeri can be heard objecting to the massacre, noting that history would “condemn” the mullahs for these crimes. He was removed from power and spent the rest of his life under house arrest.

Following the release of that tape in 2016, Pour Mohammadi bragged that he was “proud” to be on the Death Commission and that he never lost sleep over his role in sending thousands to their deaths. Last week, in a televised interview, he said that the leaking of Montazeri’s remarks, by Montazeri’s son Ahmad, was an “act of treason” and betrayed the Revolution, Khomeini, and Montazeri.

Pourmohammadi said: “Well, I defended [Khomeini’s] move. We had a mission in regards to the [MEK], back when I was the Revolutionary Court prosecutor. I issued many indictments against the [MEK] and sent it to the court. Many of them were condemned, many were executed and many other verdicts.”