Open Letter From 7 Political Prisoners: “Hanging Is Murder by the Government, under any Circumstances” 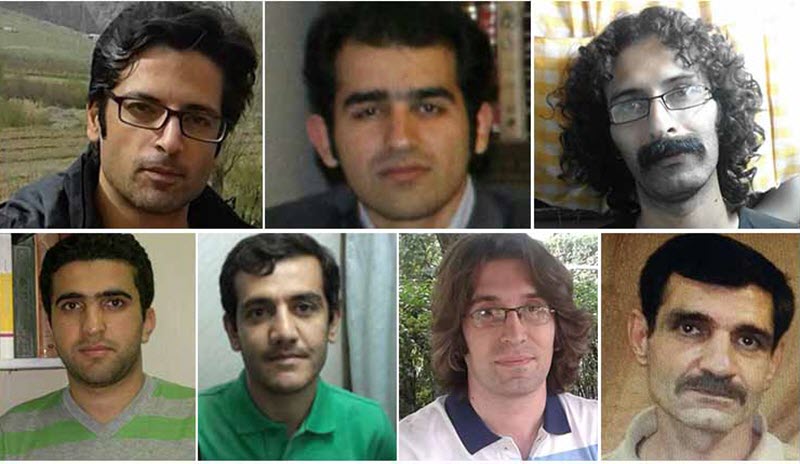 Following the recent death sentence of Ramin Hosseini Panahi in Sanandaj, several Iranian political prisoners in Rajai-Shahr (Gohardasht) Prison in Karaj, penned an open letter titled “Hanging is murder by the government, under any circumstances”. In this letter, they called on international organisations and conscientious people, to fight towards the eradication of this inhumane form of punishment.

“Over the past decades and centuries, execution has been the main type of severe punishment in many societies; however, with the introduction of peace treaties and constitutional amendments over time, it has now been completely banned in more than 100 countries.”

“Unfortunately, this is not the case in Iran; not only has it not diminished over the past century, but has become even more prevalent, and is increasingly used to execute political prisoners. Following the constitutional revolution, many people were murdered with this inhuman punishment because of their political activities, both during the Pahlavi regime and the current regime. Ramin Hosseini Panahi, is the most recent example of a political prisoner whose death sentence was upheld by the judicial authorities and he may be hanged any day now.

We, a group of political prisoners of Gohardasht Prison (in Karaj), would like to publicly express our concerns in this regard. We consider hanging to be tantamount to murder by the government, under any circumstances. We strongly condemn all executions under any circumstances and call for the abolition of the death penalty. We urge the international community, human rights organisations, and conscientious people, not to spare any efforts in order to abolish this inhuman punishment.

According to the annual report of Amnesty International, Iran carries out the most number of executions per capita.

Previous articleConfessions of the Mullahs Regime Senior Official to Cooperation With Al-Qaeda Before September 11
Next articleMonday’s Iran Mini Report – June 04, 2018