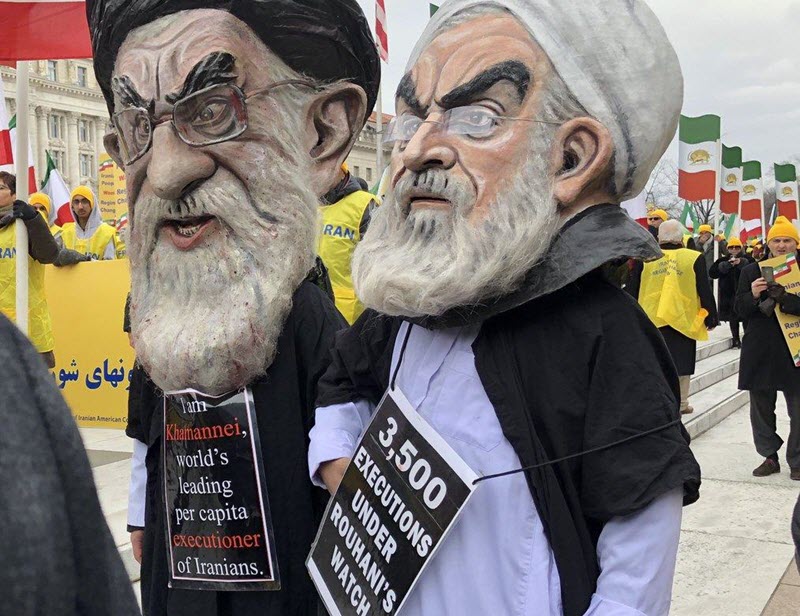 In a conference titled Human Rights in Iran which was held in United Nations- Palais des Nations in Geneva on March 7, 2019. Mr Stevenson the Coordinator of the Campaign for Iran Change (CiC). and former member of the European Parliament representing Scotland (1999-2014) made the following speech on the grave situation of the Human Rights in Iran. 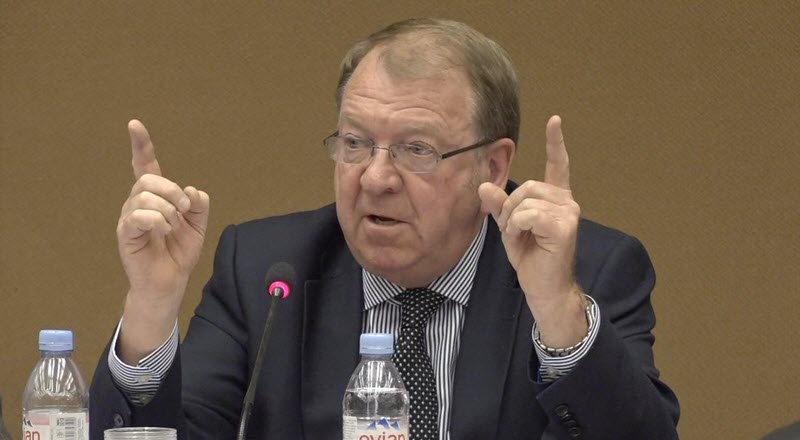 After 40 years of a brutal clerical dictatorship, today, 80 million Iranians have had enough. Nationwide protests, involving hundreds of thousands of Iranian citizens, have raged for more than 14 months in towns and cities across Iran. Men, women, students, teachers, truck-drivers, sugar-cane workers, business owners and pensioners have taken to the streets to protest at the violence and larceny of the fascist clerical regime that has stolen Iran’s wealth, oppressed its people and waged proxy wars across the Middle East. Iran’s middle class has virtually disappeared. Poverty is widespread. People now struggle to feed their families, against a backdrop of power cuts, water shortages, soaring food prices and unpaid wages.

Instead of trying to mend Iran’s broken economy the mullahs have used their equivalent of the Gestapo, the Iranian Revolutionary Guards Corps (IRGC), to crack down on the demonstrators, murdering dozens and arresting over ten thousand. But the Iranian people have lost their fear. They are openly demanding regime change. Iran is the most repressive country in the Middle East. It executes more people, per capita, than any other country in the world. Here we have a regime that tortures, rapes, sodomizes and executes political prisoners. A regime that flogs, lapidates, amputates limbs, gouges out eyes and hangs people in public. A regime that has executed more than 4,000 people, including women and children, since the so-called ‘moderate’ Hassan Rouhani became president. This is a dictatorship that governs through corruption, bribery, blackmail, extortion and fear.

In 1988, the regime massacred over 30,000 political prisoners, most of them supporters and members of the People’s Mojahedin of Iran (PMOI or MEK), in a well-documented atrocity that is now the subject of reports by Amnesty international and investigations by the UN. The perpetrators of that massacre are still in positions of power within the regime today. Many have even boasted about their roles. This is a regime that uses its embassies as bomb factories and terror cells, plotting murders in Europe and America, as evidenced by the arrest on June 30th last year of Asadollah Assadi, a diplomat from the Iranian embassy in Vienna. Assadi has been charged with handing over a bomb to two Iranian agents, instructing them to bomb a rally in Paris organized by the PMOI and National Council of Resistance of Iran (NCRI), the main democratic opposition to the mullahs.

Similar action has been taken against Iranian terrorist plots in the United States, Denmark, Bulgaria, the Netherlands and several other European nations, who are now imposing their own sanctions on the Iranian regime and blacklisting some of its agents. In December last year, the Albanian Prime Minister Edi Rama, expelled Iran’s ambassador and first Secretary on the grounds that they posed a security risk to Albania.

Despite this appalling record of human rights abuse and crimes against humanity, we still have EU governments that prefer to overlook these issues and seek to continue to sign trade deals as an act of craven appeasement of the vile Iranian regime. France, Germany and the UK appear to have a lust for blood-soaked dollars, which apparently outweighs their desire for human rights. They are the countries which have shamefully set up INSTEX, the Instrument in Support of Trade Exchanges, which has been designed to allow EU businesses to bypass re-imposed US sanctions, by operating a kind of barter-system.

Appeasing and kow-towing to this brutal dictatorship is an historic mistake and a betrayal of the Iranian people. The mullahs must be held to account for their crimes. They cannot benefit from impunity. The focus of the civilised world today is on the United Nations. Please heed the cries of the oppressed millions in Iran.

Struan Stevenson is the Coordinator of the Campaign for Iran Change (CiC). He was a member of the European Parliament representing Scotland (1999-2014), president of the Parliament’s Delegation for Relations with Iraq (2009-14) and chairman of Friends of a Free Iran Intergroup (2004-14). He is an international lecturer on the Middle East and president of the European Iraqi Freedom Association (EIFA).