International Labour Day and the Plight of Iran’s Workers

Written by Mansoureh Galestan
1st May 2021 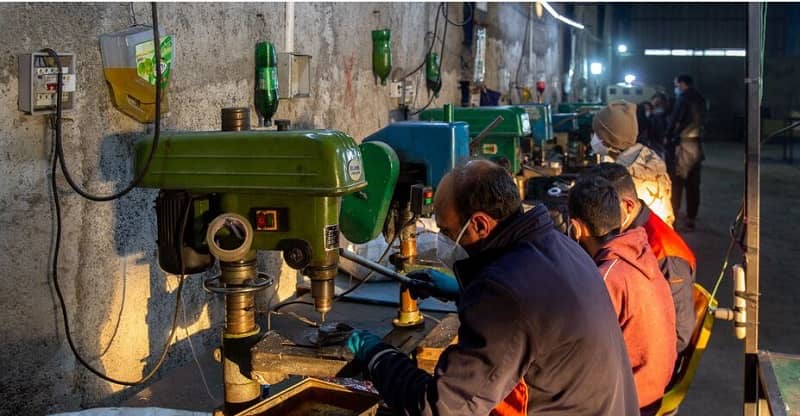 May 1 marks International Workers’ Day or Labour Day. On this day, let us not forget the plight of Iranian workers under the mullahs’ regime. Due to the regime’s corruption and wrong policies, Iranian workers’ life deteriorates.

Workers around the globe are going through a rather hard period due to the coronavirus outbreak. Workers are under double pressure in Iran under the mullahs’ regime, due to the regime’s inhumane Covid-19 policy, based on cover-up and inaction.

“According to official statistics, more than two million workers, generally low-income and belonging to the lower strata of society and sometimes women heads of households, work in the informal sector of the economy without insurance,” wrote the semi-official ILNA news agency on May 1.

ILNA adds that “Unemployment insurance and social protection do not belong” to these workers, and “even if a terrible crisis like the recent Covid-19 crisis occurs, the social security system is not going to support them.” According to ILNA, “Insured workers are also not in a good position because they have a temporary contract.”

“What makes wage increases ineffective is inflation. We believe that inflation should be curbed as wages rise,” said Hassan Sadeghi, President of the so-called Trade Union Veterans Union

Thus, facing the skyrocketing prices and inflation rate, workers are unable to make their ends meet. “The inflation rate continues to rise, and workers’ wages do not even cover half of their living costs. So when a crisis like the Covid-19 outbreak occurs, the workers’ inability to make a living becomes more pronounced than ever,” ILNA news agency added.

Facing a storm of successive protests by #Iran's working class, the clerical regime tries to contain this unrelenting wave and render it apolitical, limited, and away from the demand to overthrow the regime. #InternationalWorkersDayhttps://t.co/iaDS13OpqA pic.twitter.com/5Pa16xxEYc

“Low wages are an insurmountable problem when all prices skyrocket. Not only did the cost of education increased in the coronavirus crisis, but the medical expenses also became an unsolvable problem for workers,” the ILNA article adds.

“Many official or unofficial workers lose their jobs because of the Covid-19 pandemic and economic recession. Many of them do not have minimum protection due to the weaknesses of the social security system. So, they are left destitute,” ILNA wrote in this regard.

ILNA adds that “those workers lucky enough to keep their job are unable to provide food, which is facing new inflation every day, virtual education, and treatment with a maximum salary of 4 million Tomans.”

“Today, workers are desperate to make their ends meet,” wrote the state-run Resalat daily on Saturday.

In a nutshell, the regime refuses to support Iranian workers. Meanwhile, the mullahs’ regime continues its nuclear program or supports terrorist groups, wasting billions of dollars of Iranian people’s wealth. In addition, billions of dollars are plundered by the regime’s corrupt officials.

“Neither the current government nor the previous governments have devised any measures to find a solution for the workers. Meanwhile, the workers’ wages and incomes have decreased eight times more than in 2017, and there is not a day that the news of embezzling billions of Tomans of capital and losing millions of tons of steel and other goods is not heard,” wrote the state-run Sharq daily on Saturday.

“With this situation, ‌could we say today is Labor Day?” Sharq’s article continues.

It is now understandable why Iranian workers hold daily protests, and along with other Iranians from different walks of life, chant, “our enemy is right here; they lie it is the U.S.”