Iran: At least 25 Christian citizens were arrested in Kerman 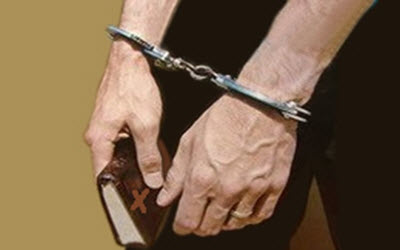 NCRI – Monday, September 27, security forces arrested at least 25 Christians in Southern City of Kerman and transferred them to an unknown location.

The human rights websites in Iran reported, security guards, raided the homes of Christian citizens, searched the houses and confiscated the belongings and  at least 25 people were arrested.

There has been no information about the reason of arrests and whereabouts of these citizens so far.