Iran: Father Arrested for Complaining Against His Young Kid’s Murderers 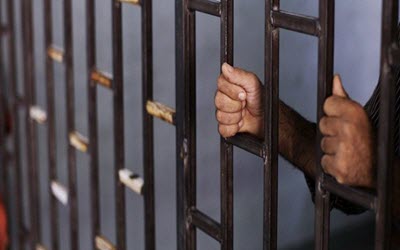 NCRI – A 45-year-old man in Sistan and Baluchestan province has been jailed due to filing a complaint against the Revolutionary Guard’s security agents who killed his 6-year-old kid.

Enayatollah Naghibi, from a villages around Saravan in Sistan and Baluchestan province whose 6-year-old kid was killed during the Guards’ direct shooting at his car, was arrested and jailed after filing a complaint against the Revolutionary Guard’s agents.

Along with his kid, Naghibi was driving his car about ten months ago when his car broke down near a checkpoint. After inspecting his car, the Revolutionary Guard’s agents allowed him to pass at first, but after driving a short distance, the agents began firing a barrage of bullets at his car for no reason, as a result of which Naghibi’s six-year-old son, Adnan Naghibi, was killed immediately due to being hit by several bullets. Naghibi himself was also hit in his thigh and taken to a hospital. Following his release from hospital, Naghibi filed a complaint against the Revolutionary Guard’s agents who fired a barrage of bullets at his car, killing his 6-year-old son as well as injuring himself.