IRAN: Five Prisoners Disappear After They Secretly Film an Execution 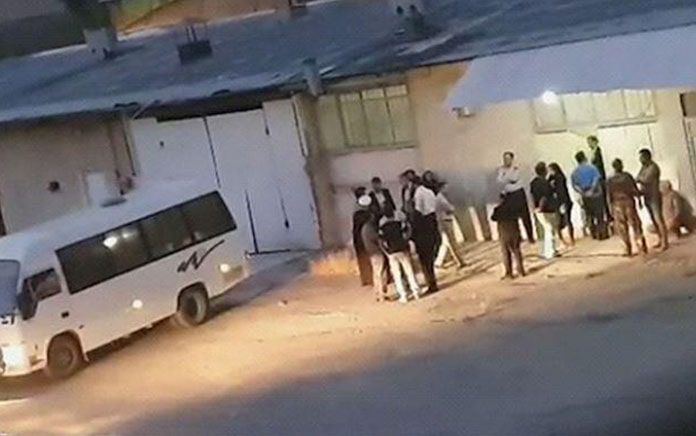 Five prisoners at the Iranian regime’s notorious Raja’i Shahr (Gohardasht) Prison were seized by security guards, during a violent raid on Hall 14 of Ward 4, and taken to unknown locations.

The raid, which involved members of the Iranian Revolutionary Guards Corps (IRGC), took place on Saturday, after a video circulated on social media, which showed prison officials after the execution of five prisoners at the prison in Karaj, near Tehran.

While the whereabouts of the five prisoners who were taken away by the security forces is unknown, it is feared that they are now at risk of execution themselves.

It appears that the following people were personally present at the execution:

Bagheri and Mohammadi, who can be seen in the footage wearing camouflage military uniforms, carried out the execution.

Before the execution, the guards had taken several other death row prisoners to solitary confinement, along with those who were executed, which meant the several prisoners spent the night thinking they would be executed before being transferred back to their cells. A common intimidation practice by the regime.

Following the execution, a refrigerator truck was brought to the area to transfer the dead bodies.

Iran is the world leader in executions per capita. In July alone, the regime hanged 39 prisoners, including four women. This included one public hanging.

The human rights bodies of the United Nations have condemned the Iranian regime for gross human rights violations on 65 occasions. These violations included denial of basic human rights, brutal punishments, like amputation and flogging, and degrading treatment of prisoners.

Previous articleStriking Workers in Iran Sentenced to Floggings and Jail
Next articleIran news in brief, August 16, 2019