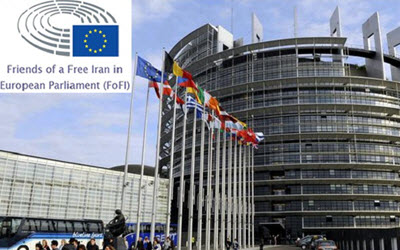 EU and UN must call for an international tribunal to investigate

The shocking revelation of an audio file of the late Ayatollah Montazeri, who was the designated successor of Khomeini,founder of the Islamic Republic of Iran, has continued to shake the Iranian establishment in the past few weeks.

The audio file that was recorded during the mass execution of political prisoners in Iran in 1988, disclosed the talks held between Mr Montazeri and the members of the “Death Commission” – a committee composed of four of the regime’s top officials at the time that was tasked with ordering the executions.

An estimated 30.000 political prisoners, many of whom had finished their sentences, were secretly massacred in summer of 1988 in Iran and buried in mass graves following the fatwa of Ayatollah Khomeini.

One of the members of the ‘Death Commission’ whose name and voice is clearly heard on the audio, is Mostafa PourMohammadi, then representative of the Ministry of Intelligence and Security (MOIS) and current Justice Minister in the so called “moderate” government of President Hassan Rouhani.

On Sunday 28 August 2016, Pour-Mohammadi confirmed his role in the massacre: “We are proud we have implemented God’s order about the ‘hypocrites’ (PMOI or MEK). We have stood against the enemy of God and people and confronted them with power.” A day later he added: “I didn’t even have one night of sleeplessness in all these years because I acted according to the law and Islamic Sharia.”

These remarks leave no doubt that the current Iranian government of Hassan Rouhani is complicit in one of the worst crimes against humanity in recent history which has not yet been brought to an international tribunal. Amnesty International, the International Federation of Human Rights (FIDH), Human Rights Watch as well as the Canadian Parliament have all described the 1988 massacre in Iran as a ‘crime against humanity’. *

We therefore call for Iran’s 1988 massacre to be placed on the agenda of the upcoming session of the UN Human Rights Council in Geneva in September 2016. The UN High Commissioner for Human Rights should issue a call for an investigation in this regard.

We also call on the upcoming session of the UN General Assembly in New York (September – December 2016) to issue a resolution and call for an investigation into this massacre and refer its dossier to the Security Council. The UN Security Council should form an international tribunal to examine this case and prosecute its masterminds.

Before entering into any kind of so called ‘human rights dialogue’ with this regime, the EU must insist on the dismissing of Pour-Mohammadi from the government and to send all those involved in the 1988 massacre in Iran to international tribunals for crimes against humanity.

President of Friends of a Free Iran in European Parliament (FOFI)

*In elaborating on some of the details of the massacre, many human rights organizations have already described the 1988 Massacre of Political prisoners in Iran as a crime against humanity:

Previous articleIran: Woman political prisoner under torture
Next articleGen Hugh Shelton: Isn’t it time to call for justice for victims of 1988 massacre in Iran