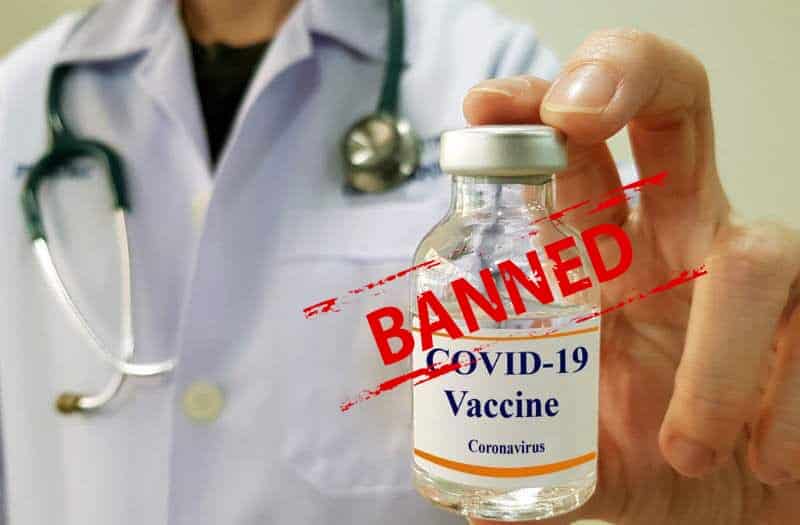 The number of Covid-19 fatalities is rapidly approaching 200,000, due to the regime’s mismanagement of the outbreak and the mullahs’ systematic inaction.

Khamenei banned the import of vaccines while “people see that even in countries like Iraq and Afghanistan the coronavirus outbreak has subsided,” according to Reza Mahboubfar member of National Covid-19 Task Force, and “people’s national demand is to purchase this vaccine,” as the state-run Jahan-e Sanat daily wrote on December 17.

Meanwhile, all around the world, countries are procuring credible American and British vaccines and governments are freely vaccinating their population.

Khamenei’s remarks clarified that he was behind the regime’s delays in procuring the vaccine.

Shortly after Khamenei, Hassan Rouhani, the regime’s president, who after failing to portray international sanctions as an obstacle to purchase vaccines, confirmed his role in Khamenei’s plan in killing people. He repeated the bogus claims of Khamenei that the United States and the United Kingdom intend to test their vaccines on Iranians.

Rouhani on Saturday acknowledged the regime “had vaccines that we could have imported sooner. There were companies that offered us the vaccine,” but Rouhani and Khamenei refused to import them.

Khamenei’s decision was met with international condemnation. The World Health Organization responded to Khamenei’s claim by urging countries not to politicize the distribution of Covid-19 vaccines.

Mansoureh Mills, a researcher for Amnesty International, said the ban by the regime was “in step with the authorities’ decades-long contempt for human rights, including the right to life and health.”

Iranians also used social media to condemn Khamenei’s remarks, calling him and his regime “despicable,” and pointing to the regime’s vaccination scam, saying “You used to say: ‘We are going to import vaccines.’ What happened now?” People also added: “Your regime is more disgraced than ever. This is enough for your destruction.”

The authorities, including Rouhani and Khamenei are aware of people’s increasing hatred toward the regime. The regime’s leaders are still haunted by what they call “bitter experience” and the “nightmare” of the November 2019 uprising.

Khamenei’s real intention of calling the pandemic a “divine blessing” and a “test,” his regime’s intentional inaction in the face of this crisis, and now banning the import of vaccines are part of the regime’s strategy to quell the restive society by using mass casualties. Khamenei also makes huge profits and further plunders the national wealth by promoting the so-called “domestic vaccine,” which is exclusively produced by “Execution of Imam Khomeini’s Order” a financial institution under Khamenei’s control.

“The Food and Drug Administration is under heavy pressure to approve domestically produced vaccines and anti-coronavirus medicines. Because obtaining approval from the Ministry of Health means a huge profit for the drug owner,” wrote the state-run Jahan-e Sanat on December 14, in this regard.

Yet, Khamenei’s recent action and his regime’s mismanagement of the coronavirus outbreak will not be expunged from people’s minds.

As the state-run run Setareh Sobh wrote on December 23, “The bitterness of the delay in buying the vaccine will not be erased from the nation’s memory. Not buying the vaccine, even in a situation where we lose about two hundred people daily, is the pain in people’s hearts.”

On December 23, the state-run Sharq warned the regime that people are “fed up and have lost patience.”

“Even a day of delay in vaccination can have serious consequences for our society,” Sharq warned officials.