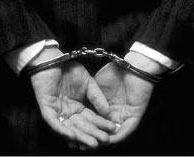 NCRI – Pastor Vervier Avanessian of Iran’s Church underwent surgery in a hospital under control of Iranian regime’s suppressive organs on Monday, December 31, on the eve of Christian New Year while one of his kidneys had stopped working due to brutal torture. Despite his serious conditions, he was transferred to Evin Prison.

Avanessian and 50 others were arrested during December 27 raid by the Iranian regime’s agents on a house in Tehran where  they were observing a ceremony on the occasion of Christmas and the New Year.

Moreover, the clerical regime once again arrested priest Youcef Nadarkhani during Christmas to prevent him from conducting religious ceremonies. Priest Nadarkhani had been arrested in 2008 and condemned to death for “apostasy”. However, because of an extensive international campaign, he was released from prison in September 2012.

Two Christians from the Church of Iran denomination, Behzad Taalipasand and Mohammadreza (Johann) Omidi, were detained on New Year’s Eve in the northern city of Rasht, a Christian news website reported on Monday.
Ihe Iranian regime generally intensifies its campaign of repression during the Christmas season. In 2011, 70 Christians were arrested during this period, while in 2010, the authorities in the southern city of Ahwaz aided and detained an entire Assemblies of God (AoG) congregation, including the Sunday school children, the website said.