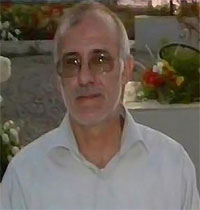 The measure was ordered by “Judge Abolghasem Salavati” of Branch 15 of Tehran’s “Revolution Court.”

Mr. Moezi is accused of ‘moharebe’ (enmity against God) and supporting the People’s Mojahedin Organization of Iran (PMOI/MEK).

Ali Moezi a political prisoner from the 1980s, has been arrested for visiting her daughters in Camp Ashraf in Iraq where the member of PMOI (MEK) were residing before forcibly transferred to Camp Liberty by the Iraqi Government of Nouri al-Maliki at the behest of Iranian regime.